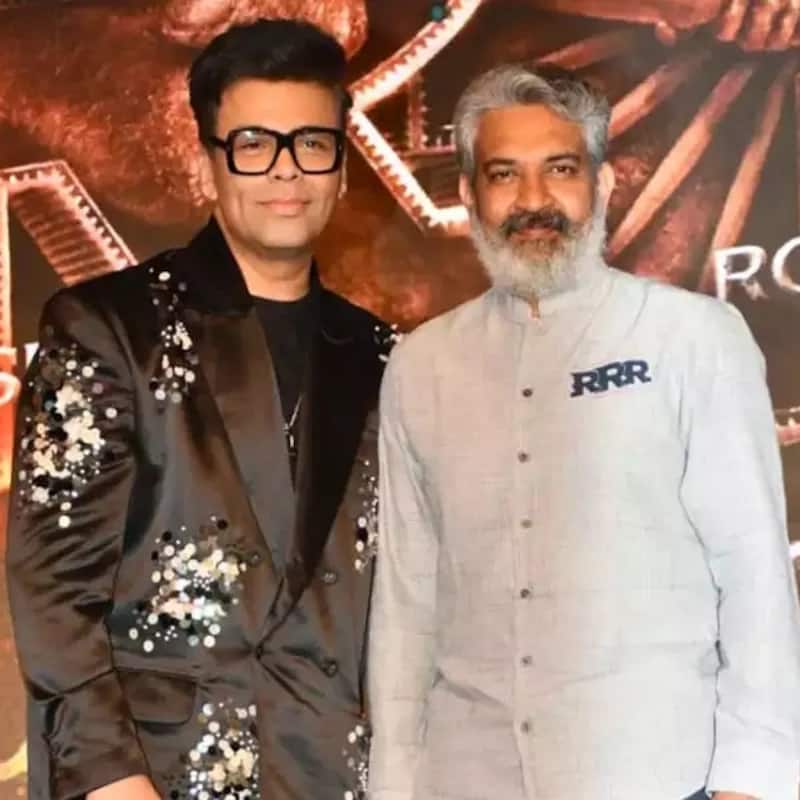 Before Brahmastra was released in theatres, ace filmmaker SS Rajamouli was seen leading Ranbir Kapoor, Alia Bhatt, Ayan Mukerji and Karan Johar to promote their Astraverse film in south regions. However, the recent reports had suggested that Karan Johar paid Rs 10 crore to the RRR director to extend his support for the film. But it seems like there is no truth to this particular report that has been doing the rounds. Also Read - Mom-to-be Alia Bhatt rushes home as she returns from Singapore; netizens in awe of her personality

According to Bollywood Hungama, a source close to Karan Johar's Dharma Productions has reufted these reports saying that SS Rajamouli has been very fond of Karan Johar ever since the latter distributed his blockbuster Baahubali franchise in the Hindi region. Also Read - Ranbir Kapoor, Ayan Mukerji, Mouni Roy; the Brahmastra trio visit the Durga puja pandal wearing their traditional best [Watch Video]

The report said that Rajamouli agreed to support Brahmastra as a goodwill gesture and there was no question of any monetary exchange between the two filmmakers. The source claimed that these reports are meant to spoil Karan and Rajamouli's relations. However, there has been no official statement on the matter from either of the two. Also Read - Brahmastra actress Alia Bhatt REVEALS her baby 'relentlessly kicked' during her speech at an award show

For the uninitiated, SS Rajamouli presented Brahmastra in Tamil, Telugu, Kannada and Malayalam. The ace filmmaker joined the Brahmastra team in Chennai and Hyderabad to make sure the film gets the south audience. Jr NTR had also joined them for promotions.

Meanwhile, Brahmastra has managed to cross Rs 150 crore nett in all languages. The movie has broken Bollywood's dry spell at the box office with its opening weekend collection. However, the Ayan Mukerji directorial witnessed a huge drop on Monday, followed by its Tuesday collection. It remains to be seen if Brahmastra gathers momentum in the coming days.