Here's why Ranbir Kapoor, Alia Bhatt made an urgent and rushed visit to their new home [Exclusive]

Brahmastra duo Ranbir Kapoor and Alia Bhatt have been super busy with their film's promotions and the little free time they had today, had to be spent doing something very urgent and important, know here. 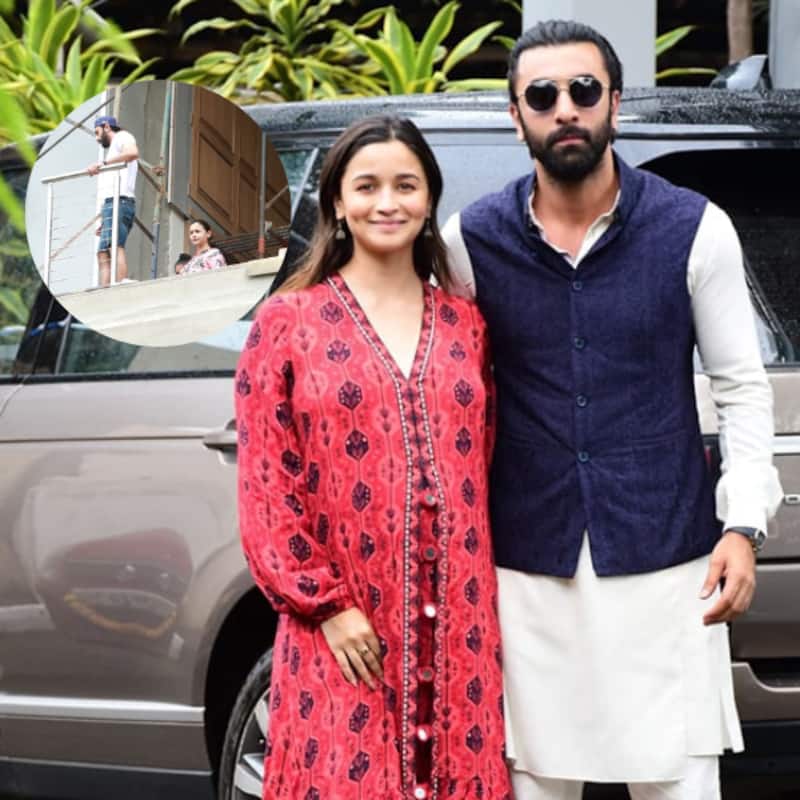 Ranbir Kapoor and Alia Bhatt have been all over the headlines. The couple silenced the Boycott Bollywood gang with their film Brahmastra directed by Ayan Mukerji. The two have been also appreciated for their chemistry, which fans got to witness after the duo got married in April 2022. The couple has been busy giving interviews for interviews, where they are also baring their heart out. Today, on Ranbir Kapoor's birthday eve, the couple had taken a break from all the busy work commitments and also rest it out before the small but fun party that awaits them in the evening. However, they had to make a rushed and urgent visit to their new home construction site in Bandra. Alia and Ranbir were both dressed in their comfy and casual outfits. The two were seen discussing various things with their interior designer. Also Read - Alia Bhatt-Ranbir Kapoor to Deepika Padukone-Ranveer Singh: Bollywood couples who locked lips in public

Why did Ranbir Kapoor and Ali Bhatt visit their new home?

Now, we learn why the two had to dash to the construction site with such urgency. A source privy to details tells us that Alia and Ranbir wanted to check and finalise a few aspects and aesthetics of the house which are part of their babyproofing plan. The two will be having their first child soon. "They may be able to shift to their new home in a few months' time. They want to the baby proof the home and therefore, wanted to see and give their nod to a few things which are about to become a part of their house and also form a part of the outer aesthetics," said the source. The source further revealed, "They have a few guests coming over at home tonight. Alia had been looking over the arrangements but they couldn't push this for later since the interior designer had already been waiting for them to take a few decisions before proceeding further with the sourcing of materials for their home." Also Read - Alia Bhatt-Ranbir Kapoor baby's first picture out? Truth about viral pic from the hospital

Alia and Ranbir have been busy with their professional commitments. Alia has been extensively travelling and promoting their film and she has maintained that she wants to be a working mom. Ranbir too has been on various occasions seen being right there for Alia, not overtly trying to help her, since he knows she is independent and can take care of herself. But he keeps an eye on her. The two make a great couple, who may not be too much into PDA but are crazy about each other all the same. Also Read - Katrina Kaif and Vicky Kaushal to not follow Alia Bhatt-Ranbir Kapoor way; not plan a baby anytime soon?

Ranbir Kapoor plans to take a break after baby's arrival?

Interestingly, in one of the media interactions, Ranbir had revealed that he wants to take some time off when the baby arrives and be a home daddy. Alia was quick to quip, "He will stay home while I'll get to go out." The two seem to be perfectly ready for the new dynamics in their relationship with a new adorable member entering their life soon.