Brahmastra: Erica Fernandes who watched the movie gave her opinion to a fan and this is what she said about Ranbir Kapoor, Alia Bhatt and Ayan Mukerji's film 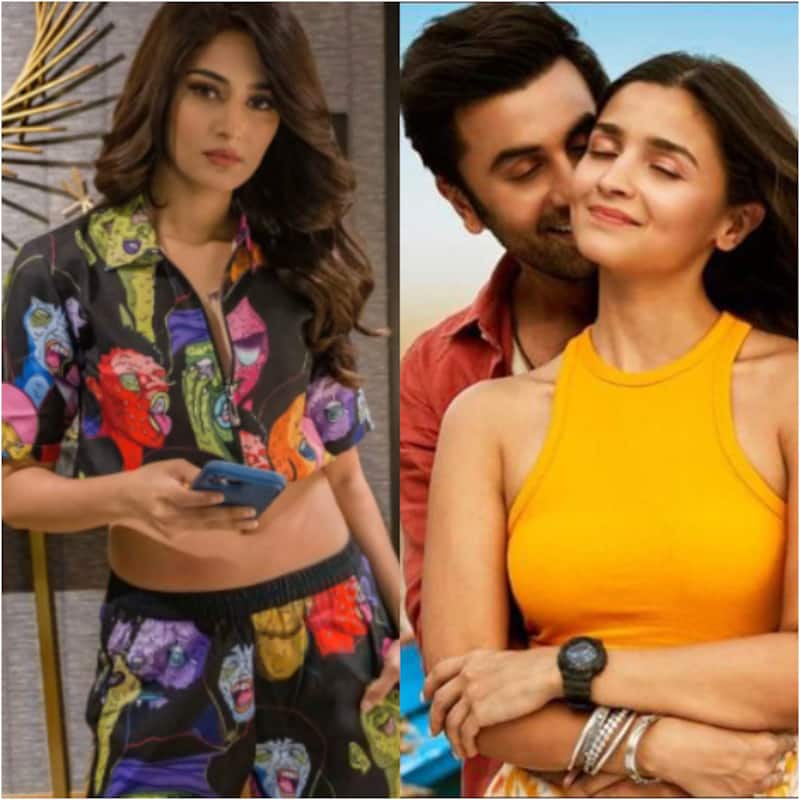 Ranbir Kapoor and Ayan Mukerji's Brahmastra has got mixed reactions from people. While people have gone gaga over the movie, Erica Fernandes is someone who has mixed reviews for the same. The Kuch Rang Pyaar Ke Aise Bhi actress was doing a question and answer session with her fans on social media. Someone asked her if she watched Brahmastra, and what did she feel about the movie which is a milestone for Bollywood in terms of visuals and VFX. The actress said it was a great attempt but not a successful one, as per her opinion. She praised the VFX as "beautifully done" but stated that she wished the actors had more training to do a movie like this. Also Read - Brahmastra star Ranbir Kapoor REVEALS he 'really struggles' while sleeping with wife Alia Bhatt; says, 'What happens with her when...' 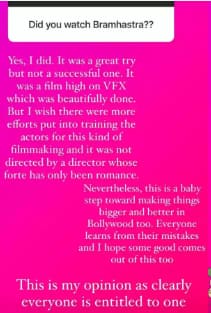 Also Read - Mouni Roy gives a fitting reply to those who moral police her on social media; says, 'They feel like...' [Exclusive]

As we know working in a VFX film needs a different approach. Mouni Roy is getting immense love as Junoon. She has worked on shows like Naagin which are high on graphics. This did give her the edge. People felt Mouni Roy was absolutely stellar in Brahmastra. Erica Fernandes wrote in her Instagram session, "But I wish there were more efforts put into training the actors for this kind of filmmaking and it was not directed by a director whose forte has only been romance." We wonder how Ayan Mukerji will react to this. The filmmaker has given ten years to the making of Brahmastra. Also Read - Trending Entertainment News Today: Hrithik Roshan drops major hint at Brahmastra 2, Ramayan; Jacqueline Fernandez granted interim bail and more

Erica Fernandes knew that many would disagree with her opinion. She said that this was a first baby step for Bollywood, and people would do better in the subsequent attempts. She said, "This is my opinion as clearly everyone is entitled to one." The actress was also asked about how a skinny woman could be confident with her own body type.

She said she is way past that phase of insecurity. She said with age the metabolism of her body has changed. Erica Fernandes is now on a normal diet, and she does not over eat just to gain some weight.