Brahmastra makers are increasing the anticipation for the film by releasing every look from the film starting with Amitabh Bachchan, Ranbir Kapoor, Alia Bhatt to Mouni Roy. The first look of Mouni Roy as Junoon has been revealed. Karan Johar took to his Instagram and shared Junoon's first look and wrote, "Meet the leader of the Dark Forces... our Mysterious Queen of Darkness… Junoon!" While the actress's look is getting brutally trolled, netzines are comparing her look with Scarlet Witch and are calling her the 'sasti' version of 'Wanda'. Not only this they have been picking on her for allegedly doing plastic surgery on her face and saying that the makers would have taken Rakhi Sawant better than her. Also Read - Ajay Devgn to Shilpa Shetty: Bollywood celebs who became victims of robbery 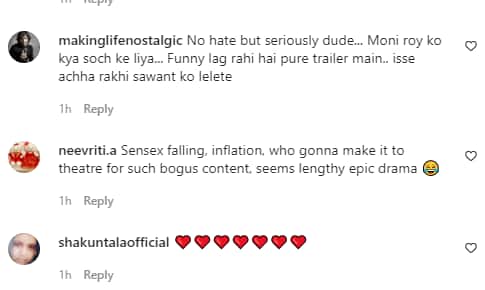 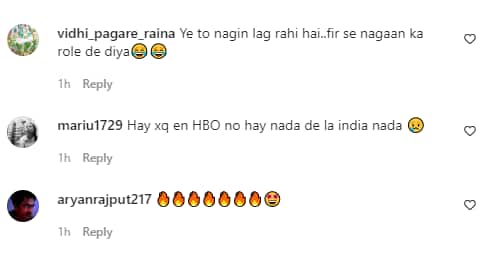 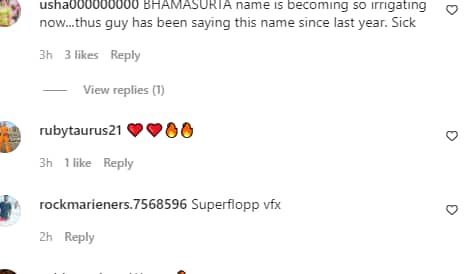 While her first look has failed to impress the netizens, her fans are going gaga over her intense look and say that she is giving major Naagin feels and cannot wait to see her shine in the film. Mouni Roy plays a villain in the film and she too has been eagerly waiting for her audience to watch her in the never seen before avatar. Well, the girl deserves a fair chance. Isn't it?

Brahmastra is one of the most ambitious projects of Ayan Mukerji and it took him 5 years to make this film and fans are expecting something similar to Baahubali from him. However, Ayan is sure that the film will hit the right chord of the audience as he has given his blood and soul to the film. This film will also see husband and wife Ranbir Kapoor in Alia Bhatt for the first time together. Their chemistry is already leaving the the fans restless. Ranbir and Alia fell in love while shooting the same film today they're happily married.