Brahmastra: SS Rajamouli joins Ranbir Kapoor for promotions months before release – is another success story like RRR in the making?

Brahmastra has begun its promotional campaign months before the release, and as a part of the first stopover, Ranbir Kapoor, Ayan Mukerji and SS Rajamouli visited Vishakapatnam, where they were greeted with hoots, whistles, flowers and giant garlands 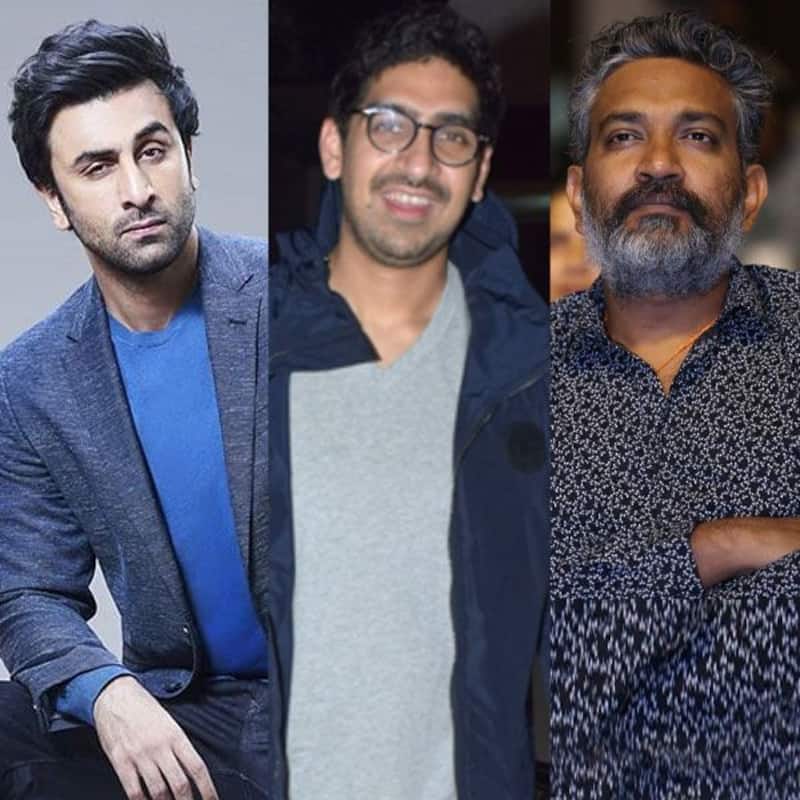 Ranbir Kapoor, the legendary SS Rajamouli and Director Ayan Mukerji surprised the eagerly waiting fans of India by announcing the much awaited trailer date of magnum opus Brahmāstra Part One Shiva via a cool, stylish, interactive video that grabbed the attention of one and all. What's more, the announcement of the trailer date also began the countdown of '100 days to Brahmastra'. In case you missed it, check out the trailer date announcement video of the Ranbir Kapoor, Alia Bhatt, Amitabh Bachchan, Nagarjuna and Mouni Roy starrer below. And in case you still want to save yourself the time, then let's disclose it that the Brahmastra trailer releases 15th June. Also Read - Happy Birthday Mahesh Babu: Raja Kumarudu to Pokiri; here's a list of blockbuster movies of the Telugu star

For the uninitiated, team Brahmastra has already begun the promotions of the movie months in advance, which isn't in the least bit surprising, considering that Karan Johar is promoting it, who believes in intense promotions and innovative marketing strategies for all movies bankrolled by his Dharma productions. As a part of the first leg of promotional campaign, Ranbir Kapoor, Ayan Mukerji and SS Rajamouli were spotted today in Vishakapatnam, which is quite a smart move truth be told as a.) It initiates anticipation for Brahmastra in the South, a market still largely untapped by Bollywood, and b.) It solidifies that anticipation by having S.S. Rajamouli appear in public. Also Read - Independence Day 2022: Shoaib Ibrahim, Rajeev Khandelwal, Iqbal Khan - TV hunks who looked dapper in the Army uniform

Well, it looks like the first promotional stopover of Brahmastra is a rousing hit as the trio of Ranbir Kapoor, Ayan Mukerji and SS Rajamouli were welcomed with hoots and whistles, showered with flower petals, and greeted with humongous garlands the size of actual people, which needs to be lifted by cranes to balance their weight. There was a frenzied atmosphere among the scores of fans who were gathered. It looks like having Rajamouli make an appearance has certainly paid off big time. Check out the pic below: Also Read - Taapsee Pannu slammed by netizens after her heated argument with the paparazzi; they say 'Why was she acting like deaf' 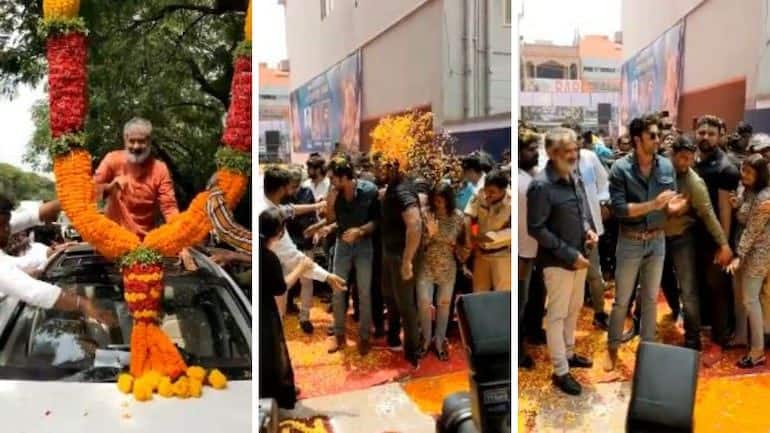 Brahmastra Part One: Shiva will release in Hindi, Tamil, Telugu, Malayalam and Kannada on 9th September, and given how the team has already dived into promotions, we wonder if another success story like RRR is in the making?