Brahmastra: Ranbir Kapoor gets mobbed by fans at a theatre; here's how mom-to-be Alia Bhatt reacted

Brahmastra actor Ranbir Kapoor recently got mobbed by his fans at a theatre. Alia Bhatt shared the pictures on her Instagram stories and here's how she reacted. 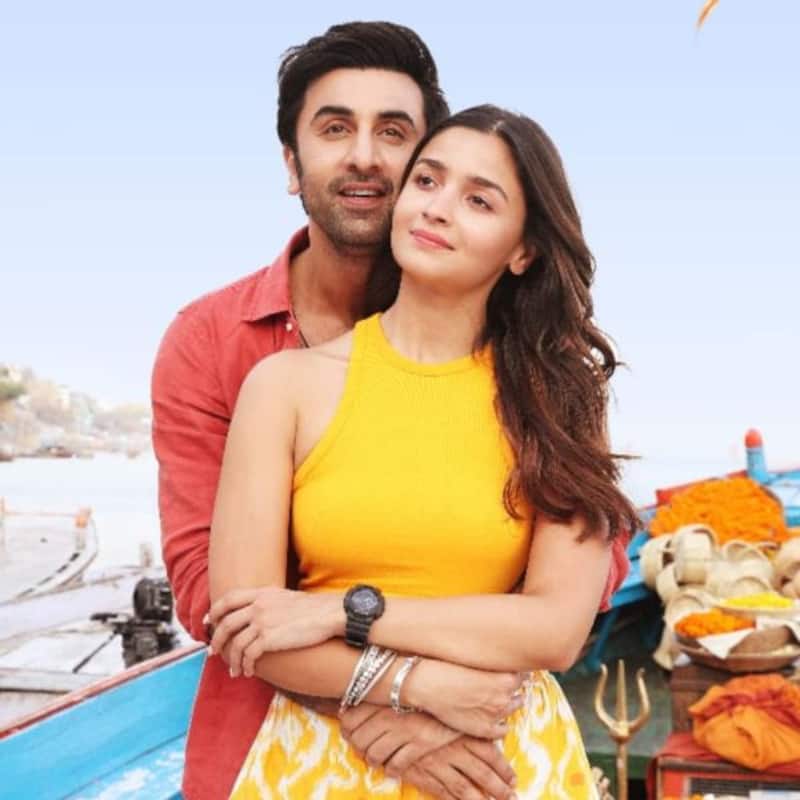 Brahmastra is directed by Ayan Mukerji and the fantasy drama features Alia Bhatt and Ranbir Kapoor in lead roles. The film that has been released recently is receiving mixed reviews from netizens. Well, recently the chocolate boy of B-town Ranbir visited fans at theatres during the screening of the film and got mobbed. The mom-to-be Alia Bhatt shared pictures from the screening and wrote, “Pyaar se bada aur koi Astra nahin hai is duniya mein”. Also Read - Alia Bhatt to launch her own maternity wear line; reveals not wanting to raid Ranbir Kapoor's wardrobe as one of the reasons

Have a look at the pictures - 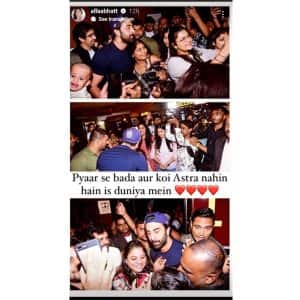 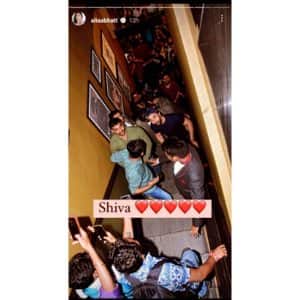 In the snaps, Ranbir was seen posing with his fans who came to watch his film. He wore a black t-shirt paired with jeans and completed his look with a cap. He was overwhelmed with his fans' reactions and met them with a bright smile.

Several pictures and videos where fans were seen having a good time at the theatres and they celebrated Ranbir Kapoor and Alia's scenes. These fans were seen cheering for their favourite jodi.

Talking about Ayan Mukerji's Brahmastra Part 1: Shiva is a modern mythological drama that has taken 6 years to make. The film talks about Shiva who discovers his magical superpowers and unique relationship with fire. On the other hand, there is Isha who is shown as Shiva's love interest. The film also features Mouni Roy, Amitabh Bachchan, and Nagarjuna Akkineni in pivotal roles. Brahmastra has Shah Rukh Khan and Deepika Padukone's cameos.