Brahmastra: Ranbir Kapoor reacts to Alia Bhatt getting trolled for only saying 'Shiva' in the film; are you convinced?

Brahmastra: Ranbir Kapoor gives a justification on why Alia Bhatt had only one dialogue 'Shiva' in the film for which she was massively trolled. 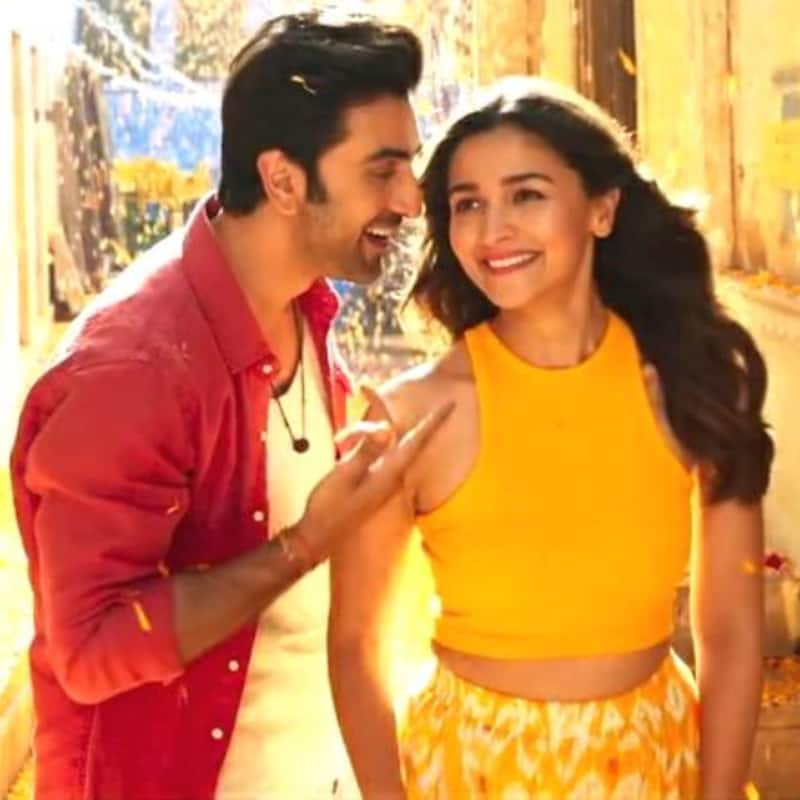 Ranbir Kapoor once again comes to wifey and Bollywood actor Alia Bhatt's rescue. The actress was massively trolled for only having one dialogue in the film Brahmastra. There have been hilarious memes about Alia's performance in the film and they have been calling her acting terrible. And now Ranbir reacts to the trolling and gives a justification on the same, but we wonder if it's convincing. In his recent interaction, Ranbir was asked about why Alia was having only one dialogue which is 'Shiva' in the film. He said, "We want to tell the audience that Alia and I would always ask Ayan that 'yaar, her name is Isha, my name is Shiva, do we have to keep saying it?'." Also Read - Alia Bhatt Baby Shower: Mom-to-be stunned in yellow while Ranbir Kapoor rocked in pink; check out INSIDE PICS [VIDEO]

Ranbir further explained why Ayan Mukerji convinced them that it is okay to take the name of their lover. He added while talking to NDTV, "Ayan was very particular that when someone is in love, they have to enjoy saying the name of the person they love. And I think that makes sense." Also Read - Alia Bhatt-Ranbir Kapoor baby shower: The Brahmastra couple look resplendent as they pose with family and friends before the arrival of their first child

If I had a penny every time Alia Bhatt shouts Shiva's name in the movie pic.twitter.com/HUWm9vMMd9

Alia Bhatt reacts to the viral spoof on her from Brahmastra; watch video

Alia Bhatt too shared one of the most popular memes of an influencer who did the perfect mimicry of Alia in the film. Talking about her mimicry, Alia appreciated the girl and called her extremely good. Alia Bhatt and Ranbir Kapoor's Brahmastra have been receiving a lot of love and appreciation from the audience and it is getting a massive response at the box office as well. The film so far has earned Rs 213 crores and it has entered the 200 crore club. Ayan Mukerji is now gearing up for Brahmastra part 2 and has assured me that it will be releasing in 2025. Also Read - Exes Katrina Kaif and Ranbir Kapoor come under one roof to celebrate Navratri; South stars Nagarjuna, Prithviraj Sukumar and others join in [VIEW PICS]