We all knew this was coming, but after a peaceful last few days we felt that everything was averted. But to every cinema lover's nightmare, various shows of both Bajirao Mastani and Dilwale have been cancelled after protest by BJP's (Bharatiya Janta Party) youth wing - Bharatiya Janta Party Yuva Morcha. Also Read - Deepika Padukone's Padmavati starts rolling on a musical note!

The chaos started when BJP Yuva Morcha of Kothrud started protesting outside Citypride theatre in Pune. The theatre owners cancelled three morning shows of Bajirao Mastani because of the protest. The BJP youth wing are having a peaceful demonstration outside the theatre with banners in their hand. The cinema-goers, who had booked their tickets in advance, were in for a shock as they couldn't see the film that they wanted to see since a long time. Also Read - IIFA Awards 2016 LIVE: Priyanka Chopra's melodious singing will leave you AMAZED - watch video!

However, it wasn't just BM that was facing the heat. A few shows of Dilwale were cancelled in Jabalpur (Madhya Pradesh) as BJP Yuva Morcha again protested the film's release. A few posters were torn and slogans were sounded outside theatres. Also Read - Bajirao Mastani and Befikre have set Ranveer Singh APART from the rest of the actors, suggests trade expert!

Earlier as well, Shiv Sena had burned effigies of Sanjay Leela Bhansali and protested the bad portrayal of the Peshwas in the film. They felt the songs, dances and behaviour of the actors in the film to be distasteful.

MNS (Maharshtra Navnirman Sena) had also asked for a ban on Dilwale as Shah Rukh Khan had not helped drought hit farmers, but the Chennai flood victims. But both the protests subsided and we thought everything was over, however our worst nightmares are back to haunt us.

Will this protest go on and more shows be cancelled? Watch this space for more updates on Dilwale and Bajirao Mastani!

Till then check out more pictures from the protest below: 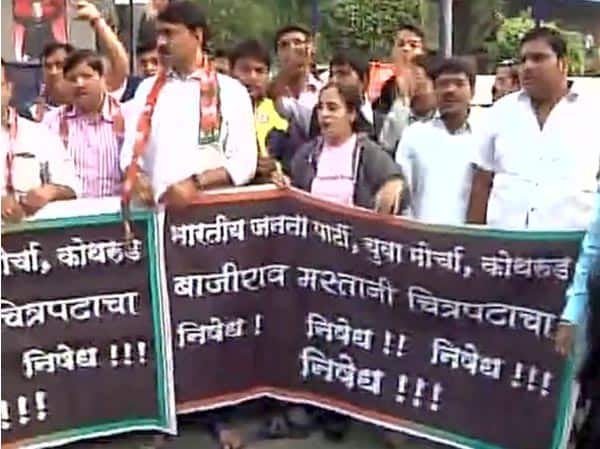 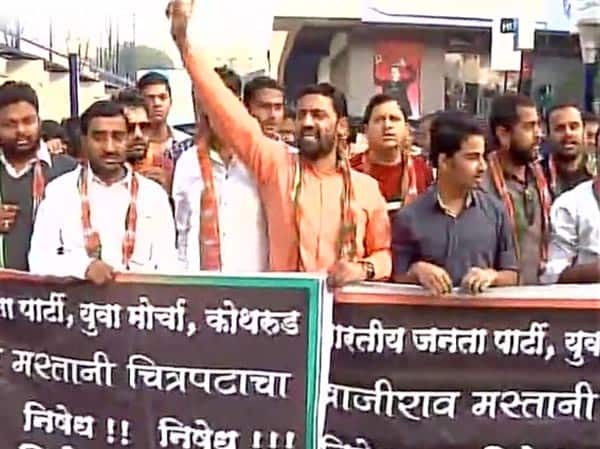 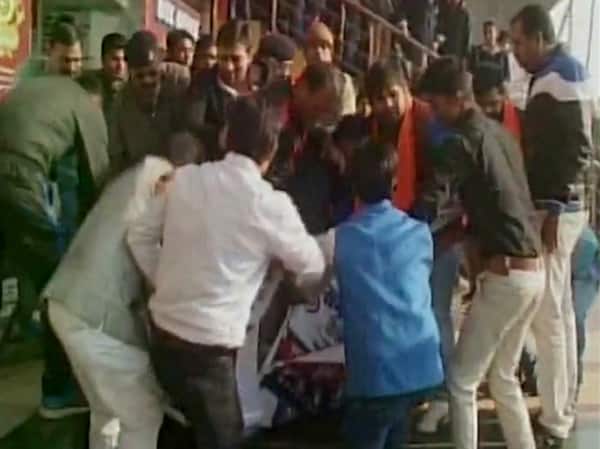 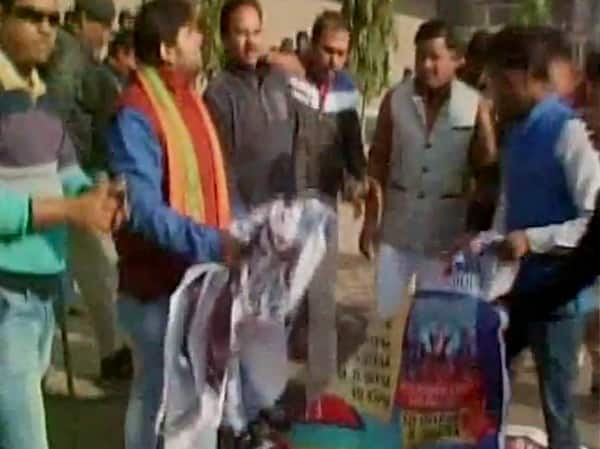 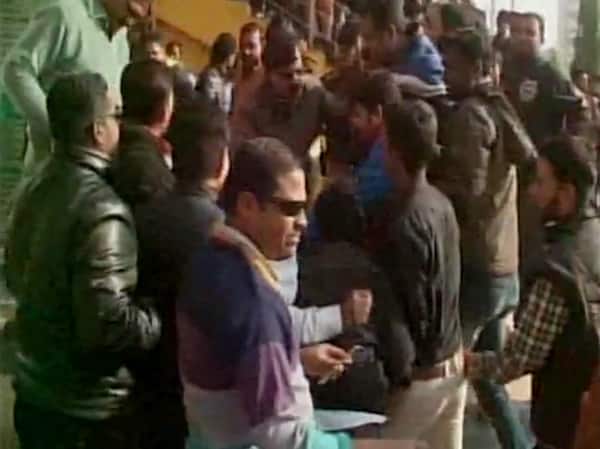