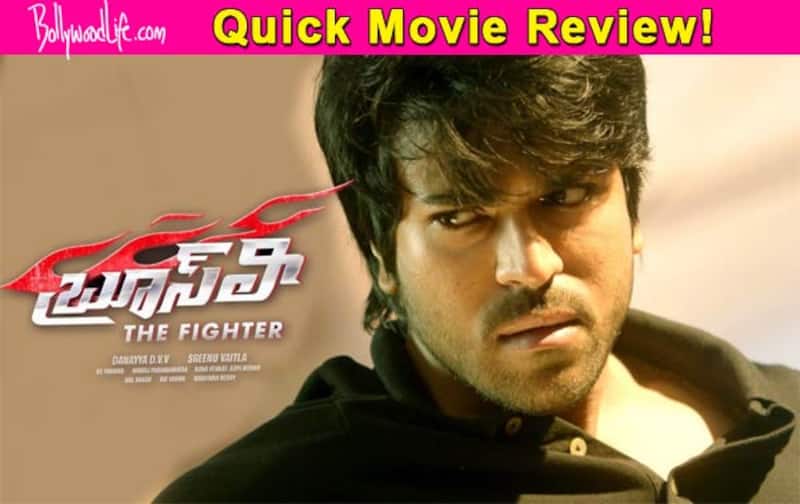 Will this Telugu potboiler impress masses? Read our quick review to find out.

Ram Charan's awaited action film Bruce Lee has just hit the screens and our movie critic Subramanian Harikumar is reviewing it for your benefit. Read on to find our what he thinks of it... Also Read - Suriya, Ram Charan and more South stars whose Bollywood debut went unnoticed

I have been waiting and waiting and waiting to see a quality film from our Telugu superstars.But they seem to be busy with the same old commercial films which follows a set template to please the crowd. And unfortunately Bruce Lee is no different. Also Read - Trending South News Today: Prabhas and Nani’s picture with Amitabh Bachchan goes VIRAL, a popular actor joins the cast of Pushpa 2 and more

Ram Charan plays stuntman Karthik aka Bruce Lee. He fights, dances and never fails to flaunt his Bruce Lee tattoo. He also has a family with loving mother and sister ( Kriti Kharbanda) but his dad never approves of his line of work. He meets Ria ( Rakul) in a chance encounter, who mistakes him for a cop. Soon, romance blooms between the two with Karthik unwilling to tell her about his real profession. Meanwhile, Arun Vijay, in a Yennai Arindhaal hangover, plays the villain. By some twist of fate, Ram Charan almost always busts Arun Vijay's illegal businesses. But there is a godfather above our villain, who is responsible for it. How will Ram Charan protect his family from the baddies and defeats his enemies forms the crux of the story. Also Read - Amitabh Bachchan with Prabhas, Nani; Salman Khan with Ram Charan and more pictures of Bollywood superstars with South stars that went VIRAL

Ram Charan rises as the perfect mass hero who will impress the first row audience with his action, dance and romance with Rakul Preet. He also shows his emotional side playing the perfect brother to his sister. But one has to note that there is nothing different for him to do in this role. Rakul Preet is impressive playing a dumb airhead journalist. Arun Vijay's bad dubbing voice makes him least effective as villain. There are a few twists and turns but sadly they are all predictable. Lets hope that the film doesn't fall the same age old clichés in second half too.