BTS has become the most mentioned K-pop artiste of the year in India, followed by Exo and Black Pink, according to #ThisHappened2020 Twitter report.

Every year, we witness artists from across the globe entertain music enthusiasts by their innovative performances, album releases, song drops and collaborations. This year, too, saw various musicians keeping their fans connected, entertained and enthralled with a host of live interactions in the form of Q&As, voice Tweets and other interactive mediums. Also Read - Meet BLITZERS, the newly formed Korean boy band that often gets mistaken as BTS

And since 2020 is nearing its end, BTS has become the most mentioned K-pop artiste of the year in India, followed by Exo and Black Pink, according to #ThisHappened2020 Twitter report. Also Read - BTS ARMY showers love on RM; trend 'We are proud of Namjoon' ahead of his speech at UNGA tomorrow

K-pop superstar group BTS dominated music conversations in India on Twitter in 2020, with the rendition of song Never Not by Jungkook becoming the most retweeted tweet in music among users in this country. Also Read - Trending Entertainment News Today: Shilpa Shetty's homecoming post for Shamita Shetty, Gwyneth Paltrow launches LED-mirrors for women's private part and more 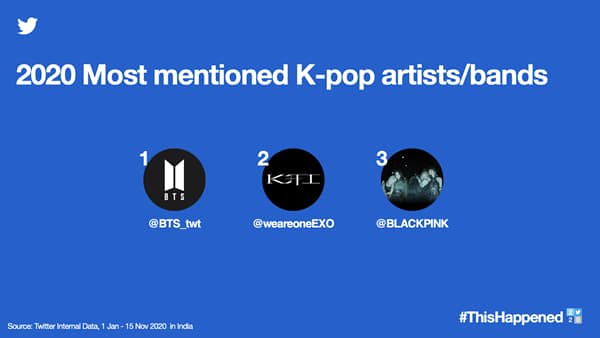 The report also declared Justin Bieber as the most mentioned global music artiste of 2020 in India, followed by Taylor Swift and Gomez. 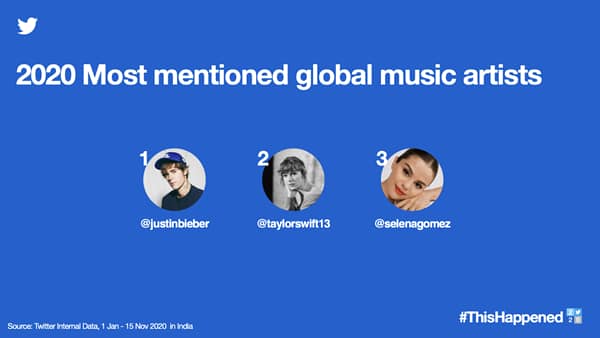 Among Indians, Himanshi Khurana, Thaman S and Armaan Malik topped conversation charts this year on the service. Himanshi has emerged as the most mentioned Indian music artiste of 2020 on Twitter. 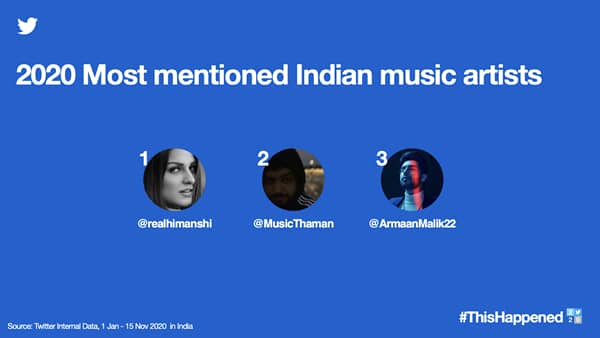 The results are based on the total number of retweets /likes /quote tweets by Twitter accounts in India between January 1 and November 15 this year.