Budhia Singh first look: THIS might be the biopic everyone should watch out for!

Let's recall the story of Budhia.

We have been hearing since 2014 that a biopic based on child prodigy Budhia Singh is in the making. And now finally it's happening as the first poster of the film has been released. Not revealing the most crucial detail about a film i.e. the cast members, the poster rather focuses on the powerful theme of the film.

For the ignorants Budhia Singh was sold in 2004 to a salesman who used to ill-treat him. Budhia then met local judo coach and orphanage operator Biranchi Das. Once Das asked Budhia to go on running as part of a punishment for bullying an inmate and he forgot about him. Four hours later, Das found the boy still running and that’s when he started training Budhia for marathons. Then Budhia shot to fame overnight after running 60 kms continuously which was covered by media.

The first look shows a silhouette of a child running towards a setting sun while a bold caption reads "Born To Run". The movie will be directed by Soumendra Padhi. It is set to release on August 5, unless our beloved CBFc finds something objectionable in the film. God forbid. 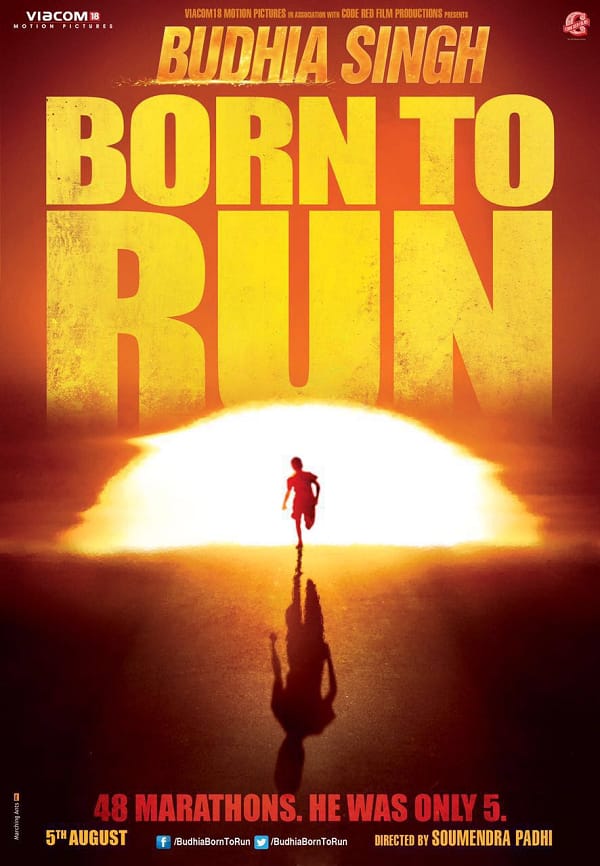