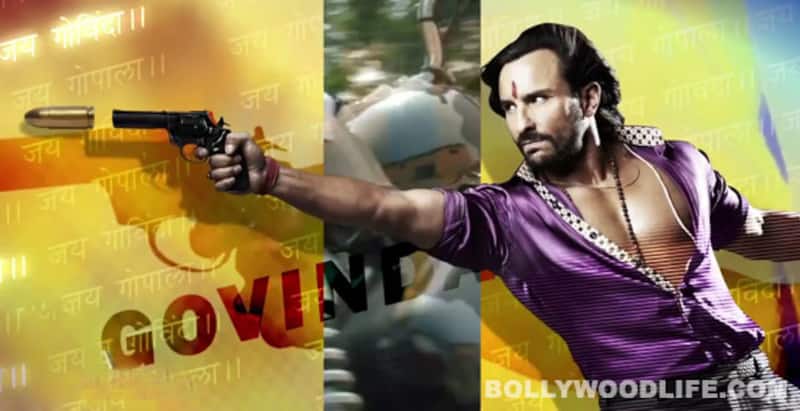 The Saif Ali Khan starrer, which releases tomorrow, has come up with their latest peppy number which is fast scaling the charts

Bullett Raja, which releases tomorrow, has released one of its most peppy numbers—Jai Govinda Jai Gopala (remix). The song is a peppy disco number and the lyrics are catchy. Featuring Saif Ali Khan, Sonakshi Sinha and Jimmy Shergill, Vidyut Jamwal, it is sung by Neeraj Sridhar. The peppy tune has been scored by Sajid-Wajid, the lyrics written by Shabbir Ahmed and it has been remixed by DJ Angel. Also Read - Unseen pictures of Sara Ali Khan with Saif Ali Khan prove she always had a 'protective daddy', unlike Karan Johar's claims

The song is fast picking up on the radio charts and is a hit amongst DJs across the party scene and discos. When we heard the song, we thought it definitely had a nice ring to it. Although the original was not so good, DJ Angel has definitely turned the tables around by adding a little bit of zing to the number. Now since, we never got to watch the video, time would only tell how well the actors move to the peppy beats. Meanwhile you listen to the song and tell us what you think BollywoodLifers… Also Read - Saif Ali Khan birthday special: Palace in Bhopal to a chalet in Switzerland; a look at the most expensive properties owned by Vikram Vedha actor