Can Karisma Kapoor pass off as an item girl? 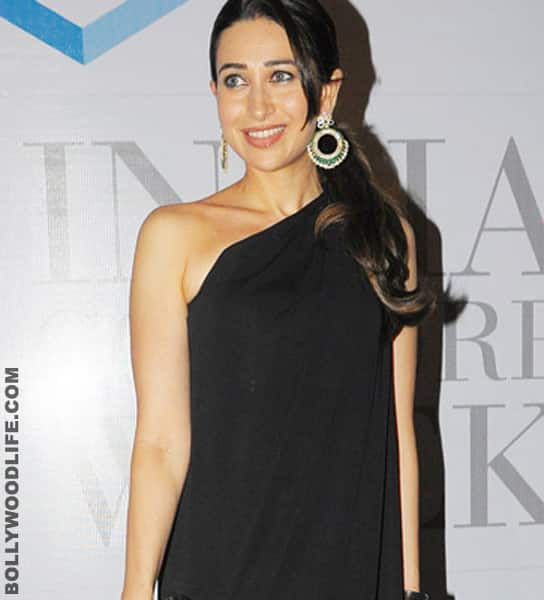 The Dangerous Ishq actor will be seen doing an item number in the Akshay Kumar-Sonakshi Sinha- starrer, Rowdy Rathore

No doubt Karisma Kapoor was one of the sexiest girls in her prime days but it has been a while since the actor last came on the big screen. Her voice was heard in Salman Khan’s Bodyguard talking over the phone as Sallu’s fake girlfriend Chhaya but that went unnoticed. According to the latest buzz, the Kapoor star has apparently given a nod to do an item number for Sanjay Leela Bhansali’s film, Rowdy Rathore. Also Read - Amitabh Bachchan, Mahesh Babu, Priyanka Chopra and more: Walk INSIDE the luxurious private jets of Indian celebrities – view pics

Karisma’s ‘Sexy sexy’ item number in Khuddar which was later watered down to ‘Baby baby’ did get the men drooling but that was back in 1994. After eighteen years, we aren’t very sure if Lolo will be able to steam things up yet again. Recently her contemporary Raveena Tandon was seen doing an item number in Amitabh Bachchan’s Bbuddah Hoga Terra Baap which was anything but an item song. It was so insipid that the makers chose not to have it in the film (the complete version of it). Now we are waiting to see if Lolo can set the temperatures soaring with her moves in Rowdy Rathore. Tell us what do you think of Karisma as the item girl. Also Read - Amitabh Bachchan's Gulabo Sitabo co-star Farrukh Jaffar passes away at the age of 89

Click here to read about the Dangerous Ishq trailer