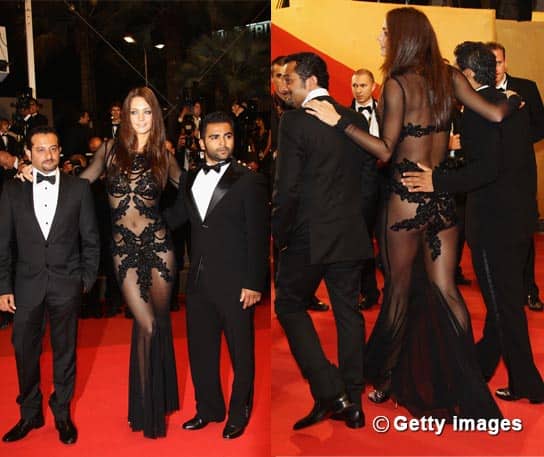 Candice Boucher captured all the attention on the red carpet at Cannes. But wasn't she there to promote Sachiin Joshi's debut film Azaan?

There is a lot at stake for debut actor Sachiin Joshi; Azaan is a big film even by regular Bollywood standards. Many cars have been blown up, expensive chase sequences have been shot at exotic locations and full page ads have been released in almost every newspaper in India to showcase the film. Flexing his financial muscle Sachiin, along with co-star Candice Boucher, were seen at Cannes promoting the film, directed by Prashant Chadha. While Sachiin sported a rugged look, it was Candice who set the red carpet afire with her almost bare look which made all heads turn in her direction. While many were left wondering who Sachiin and Prashant were and what they were doing walking the Cannes red carpet, sexy Candice, a pin-up model, ensured that the flashbulbs worked overtime to catch every of her moves. With a leading actress with a body as hot as Candice has, Sachiin can rest assured that his movie will get all more attention than it can use. Meanwhile, all eyes were - and are, with these images - set on the lady with the...err...legs. Also Read - Sonu Nigam slams Wajid Khan's stance on the Azaan controversy, tells him to stop being a Muslim and be a citizen of India