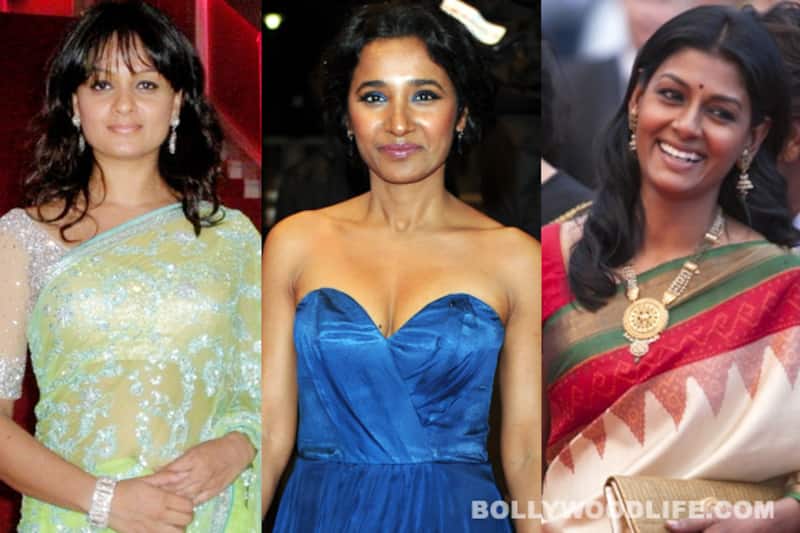 High heels, beautiful faces and blinding glitz – Cannes Film Festival may look like a never-ending fashion parade, but just like the way Indian cinema is not limited to Bollywood alone, the prestigious Cannes is not just about walking the red carpet in designer outfits and getting some glossy pictures clicked! The French Riviera offers a one point platform where you can sell your film to the more discerning international audiences. Also Read - Filmy Friday: When Aishwarya Rai Bachchan revealed she never had a crush on Abhishek Bachchan

So while we spotted the mainstream B-town stars divas Vidya Balan, Mallika Sherawat and Aishwarya Rai Bachchan representing our quintessential Bollywood flicks, we also saw other actors from the experimental, parallel and indie genre at the gala. Also Read - Kajol, Suriya, Reema Kagti join Shah Rukh Khan, Vidya Balan and more at the Oscar Academy this year [Deets Inside]

It was nice to see Nandita Das on the red carpet this year. The Fire actor is in Cannes as a special jury member of the short film and Cinefoundation. Remember, Das had already been a member of the main Jury at the 2005 Cannes Film Festival? The ethereal beauty chose to wear the traditional Indian drape. The bright red and beige coloured sari made Nandita stand out. The chunky neckpiece and the jhumkas only added to the actor’s overt desi appearance. Even the gold coloured clutch went with the look. Also Read - Ranbir Kapoor's Shamshera, Shah Rukh Khan's Pathaan, Aishwarya Rai Bachchan's Ponniyin Selvan and more; WHOPPING budget of these upcoming films will leave you shocked

The Brick Lane famed actor Tannishtha Chattergee too attended Cannes to promote her film Monsoon Shootout. She was seen in a sequined floral dress with taupe ankle strap pumps. The black jacket looked a bit odd though. At the screening of her movie Tannishtha opted for a strapless blue gown.

And then there was Tejaswini Kolhapure. The actor from Anurag Kashyap’s movie Ugly was seen wearing a jhataak netted sari. This bright Neeta Lulla creation wasn’t exactly flattering!

The trio may not have been impressive with their sartorial sense (or the lack of it) but one can’t deny that they have been making an impact with their path-breaking films time and again. For that reason alone they deserve applause!.