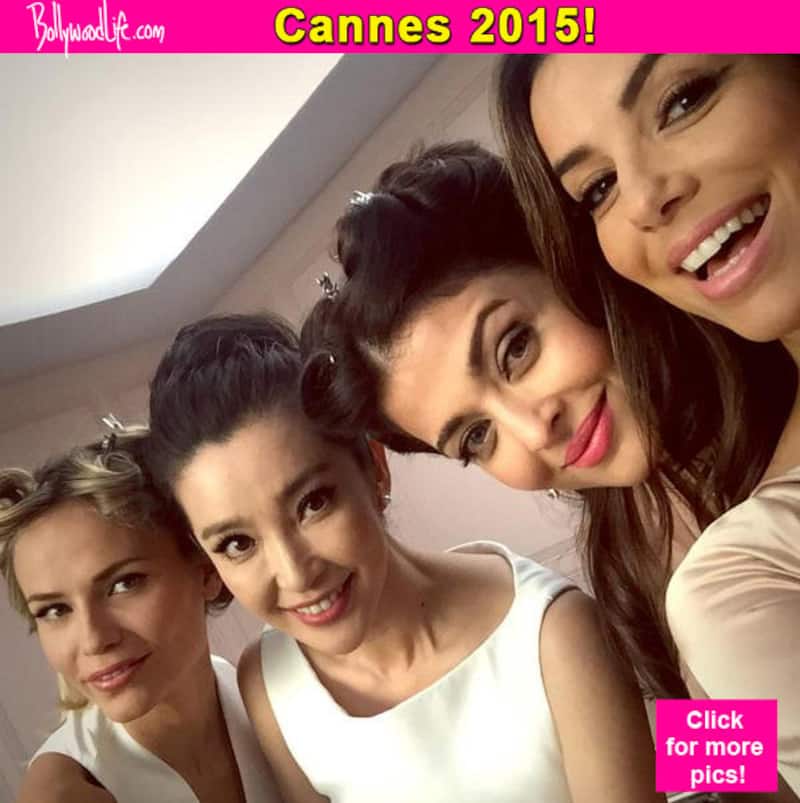 Before Sonam Kapoor emerged as Bollywood's most sought after fashionista, it was Aishwarya Rai Bachchan who was the face of India in international red carpet events especially at Cannes film festival. Also Read - Nora Fatehi to Alia Bhatt: Bollywood Divas who revealed their vulnerable side and cried in public

The doe eyed beauty is back to grace the red carpet, as she is all set to make her first Cannes appearance of this year. But before the paparazzi could go crazy over her red carpet appearance, Aishwarya was clicked at an ad shoot for L'OREAL. In the ad shoot, Ash is said to have bonded with international stars like Eva Longoria, Natasha Poly and Li Bing Bing. Also Read - Aishwarya Rai Bachchan takes a dig at paparazzi when asked to pose, ‘Are wahh direction’


Ash even clicked a selfie with all the other three L'OREAL beauties. Desperate Housewives star Eva Longoria posted a behind the scenes picture from the ad shoot with caption,"On set with the amazing NormanJean Roy! @natashapoly And LiBingBing and Aishwayra Rai for @lorealParisofficial @lorealparisin@vogueindia #Cannes2015 #InsideCannes#BecauseWeCannes #cannesfilmfestival" Also Read - Trending Entertainment News Today: Aishwarya Rai Bachchan trolled for being too protective about Aaradhya, Urfi Javed hits back at Chetan Bhagat and more

Now that the excitement surrounding Ash's Cannes red carpet appearance is growing manifolds with every passing hour, we wonder if Aaradhaya will accompany her mommy to the red carpet. Now that would be a sight not to be missed!