Cannes 2019: Mallika Sherawat joins PeeCee, Deepika and Kangana's league as she walks the red carpet in an ash-colored embellished gown

Mallika Sherawat is one of the frequent ones at the prestigious Cannes Film Festival. She opted for Tony Ward couture this which has left us cringing big time. 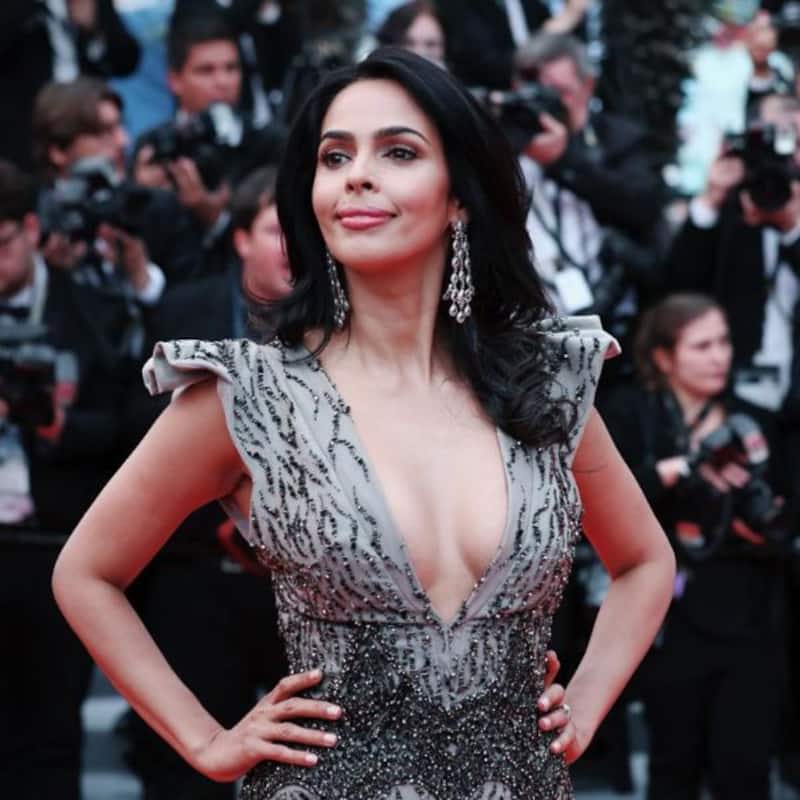 Though she may have taken a break from Bollywood, Mallika Sherawat is one of the constants at the esteemed Cannes Film Festival and has treated her fans to great looks at the festival every year. This year, while there were several new faces on the red carpet, Mallika finally walked the red carpet after some of her contemporaries already did. But we think the actress could have done better had she opted for a better stylist. Mallika wore a Tony Ward couture from the designer’s 2018 fall collection. Mallika’s ash-coloured gown was filled with embellishments and the short train quite literally looked like a misplaced detachable cloth. She kept her hairdo simple by just letting her traces fall over her shoulders, which was a saving grace as the actress does have stunning looks after all. Also Read - Mallika Sherawat shares her latest pictures with 'no botox, no fillers'; says, 'I enjoy being as natural as god made me' [View Pics]

The actress took to her Instagram handle to share her look. In the video, Mallika is seen walking with a cute little kid. Have a look at her video and the picture she shared here: Also Read - Phone Bhoot screening: Katrina Kaif, Vicky Kaushal, Mallika Sherawat and more B- town stars mark their attendance [Watch Video]

Mallika shared a BTS video of herself getting ready to walk the red carpet. Have a look at her prep video here: Also Read - Mallika Sherawat birthday special: The Myth, Hisss and more movies in which the actress completely stripped on screen [View Pics]

Earlier Mallika wore a turquoise coloured lacy gown with a keyhole neckline which she paired with a trench coat with colossal furs at the wrists. Interestingly, the outfit reminded us of Mallika’s Cannes 2014 outfit and we were left wondering if she had repeated this one purposely, however, in a poor taste. The 72nd Cannes Film Festival was attended by Bollywood beauties like Deepika Padukone, Priyanka Chopra, Aishwarya Rai Bachchan, Sonam Kapoor, Huma Qureshi, Diana Penty and Kangana Ranaut. Television actress Hina Khan looked better than Mallika on her debut at Cannes 2019. Hina is the only small screen actress to have walked the red carpet at the French Riviera.