Sonam Kapoor makes a royal appearance at the Chopard dinner party at Cannes 2019. The actress was dressed in a Abu Jani and Sandeep Khosla ensemble. 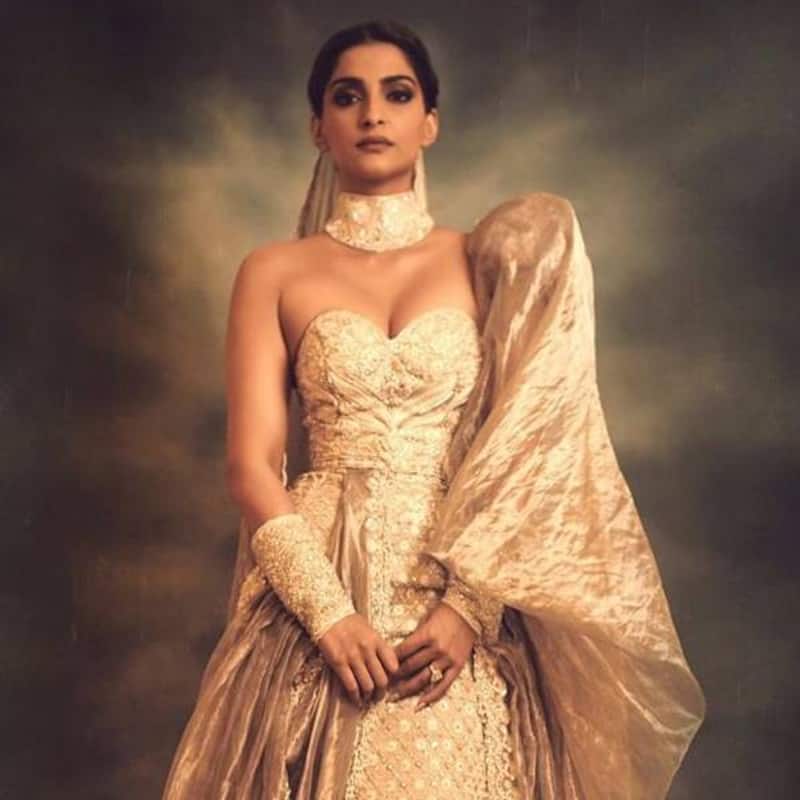 Sonam Kapoor made an elegant appearance in a blue gown yesterday, as she fielded the press at the ongoing 72nd Cannes Film Festival. The actress looked regal in the outfit, as she posed at the French Riviera. And for her second OOTD, Sonam Kapoor drifted into an all silver ensemble by Abu Jani and Sandeep Khosla. The actress was attending the Chopard La Nuit Des Rois dinner party and looked straight out of a painting. Also Read - Bipasha Basu receives a sweet gift for her daughter Devi from Sonam Kapoor and son Vayu

The off shoulder gown had a statement sleeve detail, a designer choker collar and an impressive trail. The Veere di Wedding actor was described as ‘Modern Maharani’ by sister and stylist Rhea Kapoor. Also Read - Worst dressed celebs of the week: Sonam Kapoor, Avneet Kaur, Karan Kundrra fail to score on the fashion charts

Our Modern Maharani today for the @chopard Night of the Kings in @abujanisandeepkhosla Couture. #chopardparfums #cannes2019 #cannesfilmfestival

Sonam Kapoor is attending the festival as part of a cosmetic brand that she represents. While the actress is busy dropping her stunning looks from Cannes 2019 on the internet, Sonam is yet to spell her magic on the red carpet. Speaking about her red carpet outings, Rhea Kapoor had told IANS, “I think this year we are going to focus on simplicity and elegance... It will be more on Sonam's personality and where she is in her life right now. See, this is a very beautiful phase of her life where she is very happy, content and emotionally secure. So, it should come across in the clothes and the looks.” Also Read - From Sonam Kapoor to Kareena Kapoor Khan: Actresses who lost post-pregnancy weight quickly and left everyone stunned

On the work front, Sonam Kapoor will soon be seen in The Zoya Factor, opposite Dulquer Salmaan. The film is an adaptation of a book by Anuja Chauhan, by the same name. Directed by Abhishek Sharma, The Zoya Factor is reportedly scheduled to hit the screens after the upcoming cricket World Cup.