Cannes 2022: Aishwarya Rai Bachchan gets a surprise hug from a fan; another fan says, 'So lucky'

The short video clip shows Aishwarya Rai Bachchan interacting with fans and media on the sidelines of Cannes 2022. Suddenly, another fan is seen leaning in and giving Aishwarya a hug, to which another fan is heard saying, "So lucky." 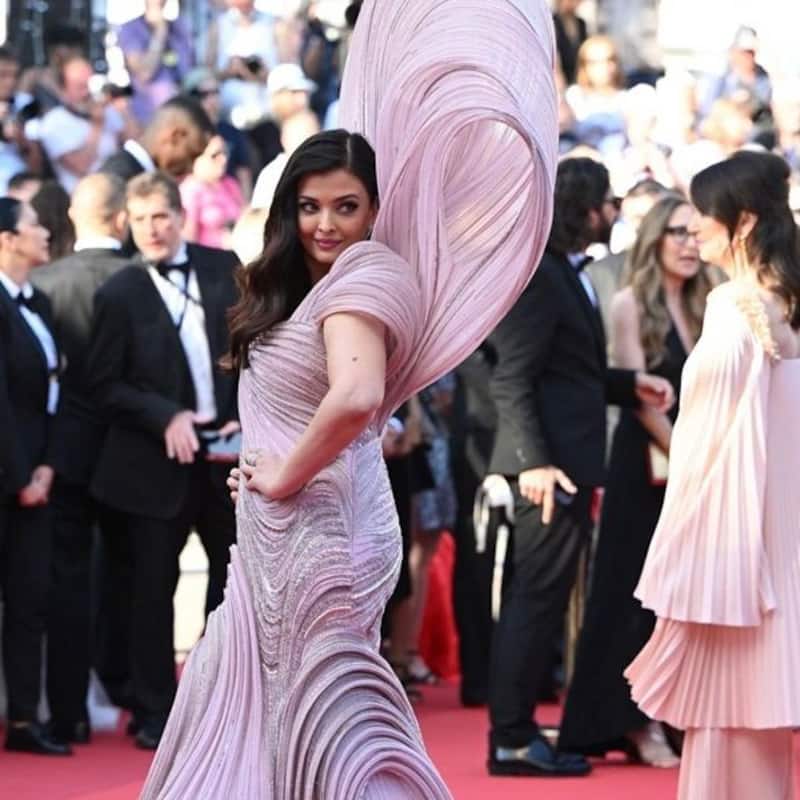 Aishwarya Rai Bachchan has returned home along with her husband Abhishek Bachchan and daughter Aaradhya Bachchan after casting a spell at the 75th Cannes Film Festival in Paris. She floored everyone with her stunning looks and even interacted with her fans there. A video of Aishwarya hugging a fan at Cannes 2022 has taken over the internet. Also Read - Ranbir Kapoor calls Alia Bhatt dal chawaal, Shahid Kapoor on falling in love with Mira when she was pregnant; Bizzare statements of celebs

The short video clip shows Aishwarya interacting with fans and media on the sidelines of the prestigious event. She is seen surrounded by fans. A fan from Morocco is heard asking the actor to visit the country. Aishwarya replies, "Thank you so much, you're very kind." Suddenly, another fan is seen leaning in and giving Aishwarya a hug, to which another fan is heard saying, "So lucky." Also Read - Filmy Friday: When Aishwarya Rai Bachchan revealed she never had a crush on Abhishek Bachchan

Aishwarya has been a regular at the Cannes Film Festival. She is the global brand ambassador of cosmetic brand L'Oreal Paris, which is one of the key sponsors and the beauty partner of the fest. For her recent red carpet appearance, the actress, who was the member of the jury during the 2003 edition of the Cannes Film Fest, donned a beautiful wavy pastel-pink gown crafted by designer Gaurav Gupta. The intricately sculpted gown also featured a giant halo. Earlier, Aishwarya attended the premiere of the Tom Cruise-starrer Top Gun: Maverick. Dressed in a black-floral gown, Aishwarya's look received a thumbs-up from fans. Also Read - Ranbir Kapoor's Shamshera, Shah Rukh Khan's Pathaan, Aishwarya Rai Bachchan's Ponniyin Selvan and more; WHOPPING budget of these upcoming films will leave you shocked

On the work front, Aishwarya will be soon seen in Mani Ratnam's Tamil epic period drama Ponniyin Selvan: I. It is the first of two cinematic parts based on Kalki Krishnamurthy's 1955 novel of the same name. She was last seen in Fanney Khan.