Cannes 2022: Hina Khan on not being invited to the India Pavilion and elitism; says, 'I could have been in the audience at aleast...'

Cannes 2022: Hina Khan talks to Anupama Chopra on her disappointment at not being invited to the India Pavilion says she is a proud Indian nevertheless 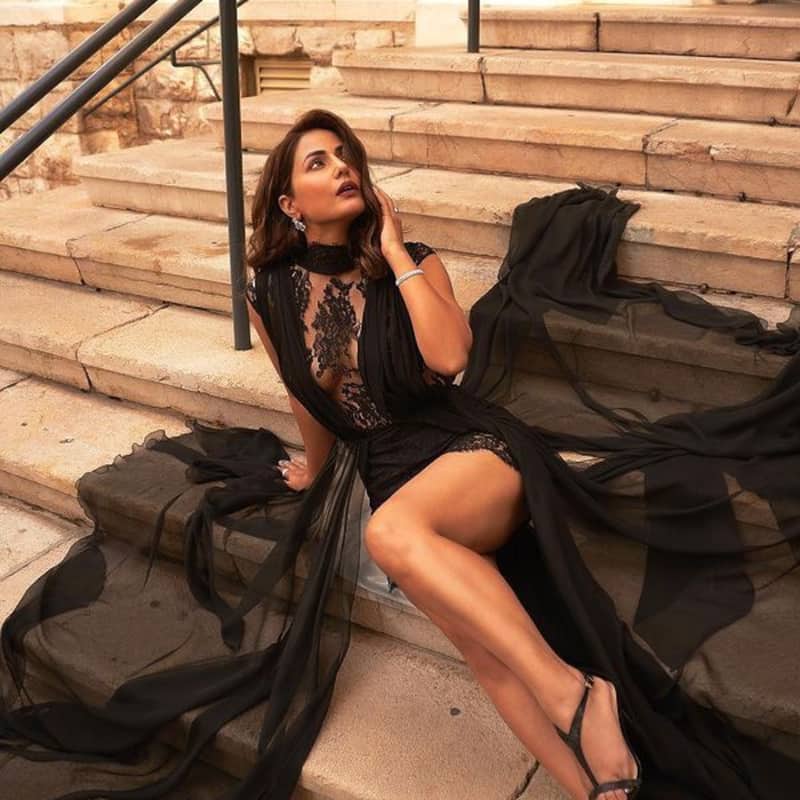 Cannes 2022 is happening, and Hina Khan is making news. Her three looks at the French Riviera have made people bow down to her impeccable fashion game. Hina Khan is there for the poster launch of her movie, Country of the Blind. The actress gave an interview to Film Companion where she spoke about how things changed after Cannes 2019 for her. The actress said that elitism is very much present and gave an example of how the whole fraternity was present at the India Pavilion but she did not get an invite for the same. Hina Khan said this to Anupama Chopra's Film Companion. Also Read - Trending Hollywood News Today: Lindsay Lohan sparks marriage rumours; Jungkook and Charlie Puth in a BL relationship and more

Hina Khan said that she was disheartened that she did not get an invite to the India Pavilion. The actress told Anupama Chopra that she was not jealous or envious of her colleagues or actresses who were there. She pointed out that the pavilion was not just for Bollywood but also had musicians and other people. She said, "I could have been in the audience atleast. I loved that Ghoomar video. I felt so proud seeing my country being represented so beautifully. I am a proud Indian." The actress said she did not blame anyone but understood that elitism was far more deep-rooted than anyone could imagine. Tamannaah Bhatia, Pooja Hegde and Urvashi Rautela were there at the pavilion. Also Read - Trending Entertainment News Today: Kaali's poster with a Goddess smoking draws flak, Top Bollywood actress having trouble adjusting with in-laws and more

The actress also spoke about how the disrespect for TV actors was rampant all over. She remembered her old statement where she said that TV actors were equated with mazdoors (daily labourers) just because they worked long hours, and for months. "I do not see this kind of disrespect anywhere else. Actors elsewhere get equal amount of respect no matter the medium. It is still an uphill journey for us," she said. Hina Khan said she was optimistic that things would change and one day there did be the equality in mindset. Also Read - Bigg Boss OTT 2: Ranveer Singh will NOT replace Karan Johar as the host of the web series of controversial reality show