Cannes 2022: Pooja Hegde lost all her outfits, hair products, makeup right before her red carpet debut; here's how she managed

Pooja Hegde made her Cannes Film Festival debut at the Top Gun: Maverick premiere on Wednesday. Many might not know that Pooja lost all her outfits, hair products and makeup right before her red carpet appearance. 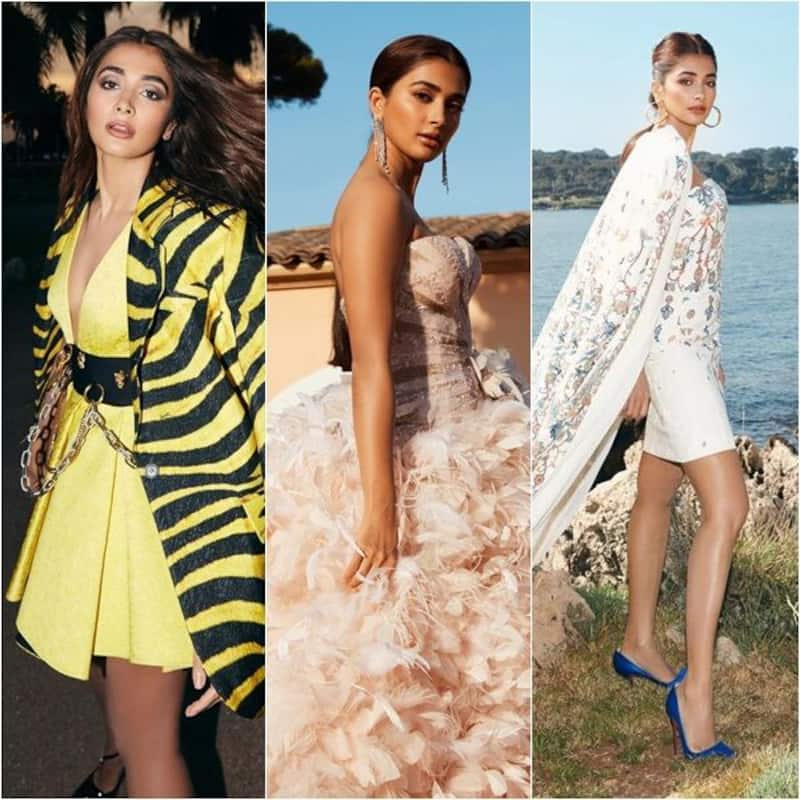 Pooja Hegde made her Cannes Film Festival debut at the Top Gun: Maverick premiere on Wednesday. She was a sight to behold in an elaborate strapless ivory-hued feather gown that had an embellished bodice and a voluminous skirt. She paired this dazzling outfit with diamond danglers and a no-fuss ponytail. Many might not know that Pooja lost all her outfits, hair products and makeup right before her red carpet appearance. She revealed that her team did not eat anything until they arranged everything that needed for her flawless debut. Also Read - South News Weekly Rewind: Pooja Hegde’s shocking revelation about lowest point in career; Suriya invited by the Oscar Academy and more

"We lost all our hair products, makeup, we lost outfits. Thankfully I brought a couple of real jewellery pieces from India which I had hand-carried. We landed, we had this upon us. We couldn’t cry about it because we didn’t have time to do that. I think probably my manager panicked more than me. But I was like, ‘okay fine. Let’s get into the car. Let’s do fittings here. I will figure out the outfit,'" Pooja told Film Companion adding that she had only one bag checked in while the others were left behind in India. Her sole travel bag was also misplaced. Also Read - Samantha Ruth Prabhu, Kajal Aggarwal, Nayanthara and more South Indian actresses who are bikini bombshells

She added, "My team ran, they got new hair products, new makeup, all of that, trying to make time, and it was crazy. We have had no lunch, no breakfast. I had my first meal of the day in the night (of red carpet appearance). So it was pretty hectic. My hairstylist had food poisoning, so he was like gonna pass out and he was doing my hair. I have a stand-up team, I am here because of them." Also Read - Pooja Hegde, Shehnaaz Gill and more; Salman Khan and his heroines in upcoming biggies

Pooja is among the 11 film personalities along with A.R. Rahman, Nawazuddin Siddiqui, R. Madhavan, Shekhar Kapoor, and Prasoon Joshi, who are members of India's official delegation to Cannes. Deepika Padukone, who is part of the jury of this film festival, joined the Indian delegation for the inauguration of the Indian Pavilion on Wednesday, the second day of world cinema's most prestigious showcase.