Sonam Kapoor made another appearance at the 68th Cannes Film Festival just now. She is wearing an elegant Elie Saab dress, and is looking like an absolute vision. She is all set for the red carpet. The look is a very funky. Sonam sister Rhea has only styled her in this avatar. To match her outfit Sonam is wearing jewels by Chopard. Sonam completely looks ravishing in this avatar. Also Read - Couple on screen, dushman off screen - These 6 Bollywood jodis hated each other but shared a great chemistry in films 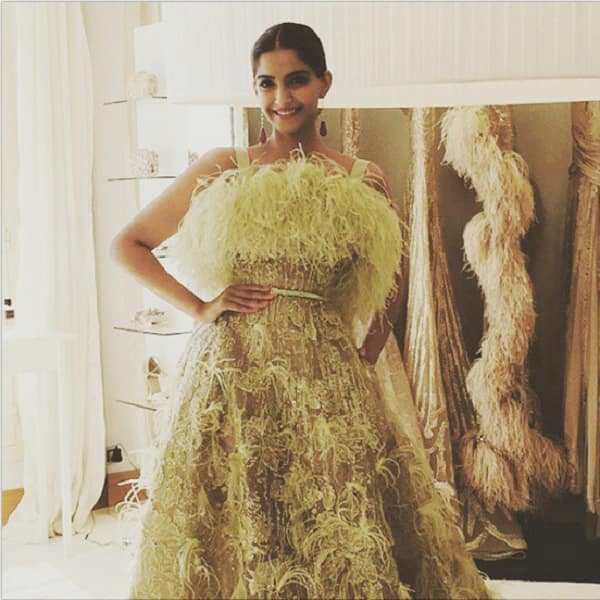 The official instagram handle of Cannes film festival just posted a picture of the gorgeous Sonam which read, “A sneak peek into the delightful @sonamkapoor's dress as she gets ready to walk the red carpet! #Cannes #CannesFilmFestival #Cannestatic #5yearsOfSonamAtCannes #Cannes2015 redcarpet @lorealparisin.” Sonam’s fans are currently going gaga over the diva and it is not just because she is looking like a diva at the film festival! The fans are going crazy over Sonam’s cute antics on her the red carpet appearances as well as the press interviews! Also Read - WTF Wednesday: ‘Are you pregnant?’ Dear fans, stop asking women in Bollywood and TV this cliché question 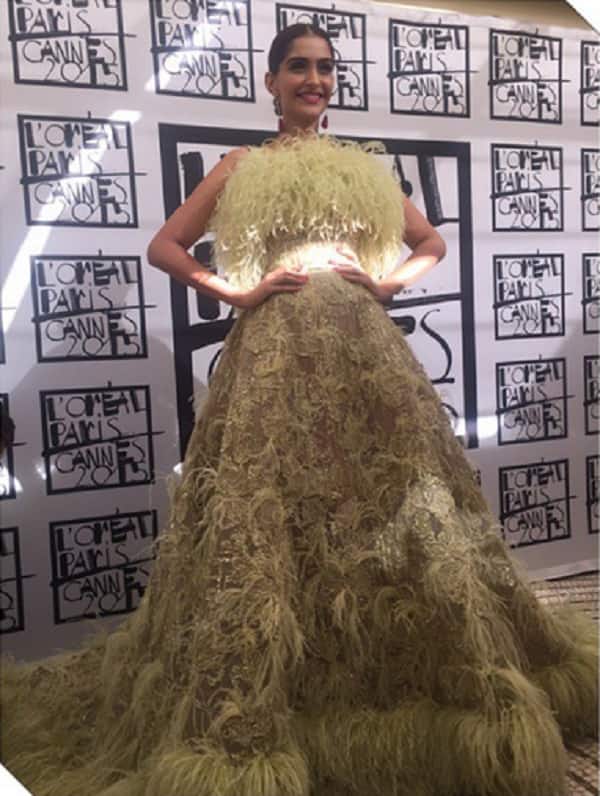 Apart from Sonam the other divas from Bollywood to have walked the red carpet at Cannes 2015 are Mallika Sherawat, Aishwarya Rai Bachchan and first timer, Katrina Kaif. 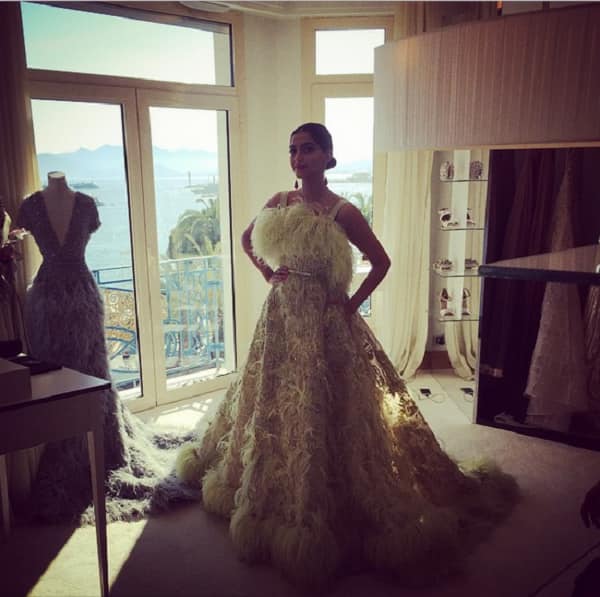 So go ahead BollywoodLifers, have a look at Sonam’s super hot avatar and let us know what you think of it.