Cannes 2016: Aishwarya Rai Bachchan or Sonam Kapoor - who do you think will STEAL the thunder this year?

Aishwarya Rai Bachchan and Sonam Kapoor will be making their appearance at the Cannes 2016 over this weekend...

Both the actresses will be making their appearances over this weekend. Whose look are you more excited to check out? VOTE and tell us...

So Cannes 2016 had its gala opening last night where among Bollywood celebrities, we got to see Mallika Sherawat making it to the show first. She looked no less than a diva in her Georges Hobeika gown. In fact, I loved how she's played safe by going chic and classy, coming as a perfect treat for the fashion police. Indeed, Mallika has played on-point with her style sense. But having said that, all bets are now placed on Aishwarya Rai Bachchan and Sonam Kapoor who are next on the list to grace the red carpet. Yes! Like every year, Ash and Sonam will be representing L'Oreal at the Cannes Film Festival. But it's the suspense around their outfits that has got everyone talking right now. Will Ash go for a desi avatar? Or will she push the limits with a newer approach this time? 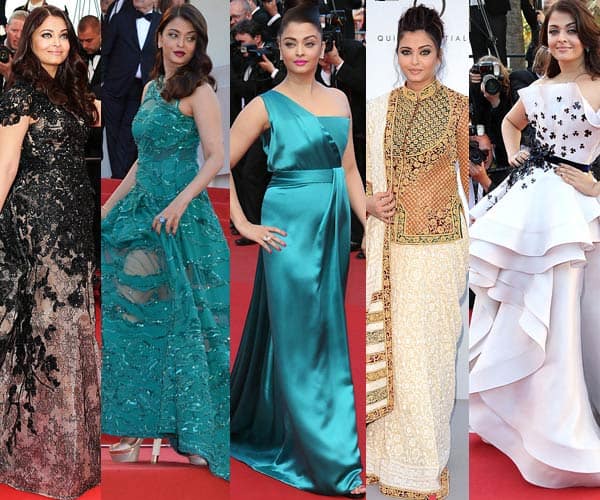 Not to forget this is going to be Ash's 15th year at the glamorous film festival and if you look through her past appearances, you would realise how she has only evolved in terms of her fashion sense. However, this year the Bachchan bahu has surprisingly clarified how people shouldn't expect much from her look at the Cannes considering she has been very busy with her Sarbjit promotions. The actress says she hasn't got the time to prepare for Cannes and has already commented saying, "Troll me as much as you want" Well, but do you really think Ash would go wrong? We doubt...

(Sonam Kapoor's past appearances at Cannes) 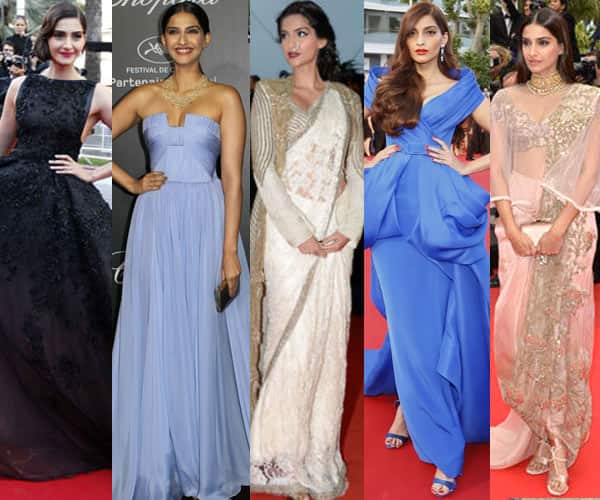 Coming to Sonam, now she for all that we know takes charge of the fashion police like a boss. She has an impeccable choice in style, speaking of which the fashionista has always made sure she stands out from the rest. Take for instance her look from the previous year or say for that matter any past appearances, there's no beating to Sonam in this space and we wouldn't be surprised if she steals the thunder this year as well.

So tell us whose look are you more excited to watch this year - Aishwarya or Sonam? Vote in the given box below and do come back to BollywoodLife for the verdict.