The beautiful woman all set and how!

Cannes Film Festival 2016 has been an important one for Aishwarya Rai for two pertinent reasons.

Firstly, it marks 15 years of representing India which is quite a big honour for one of the most beautiful women. At her first appearance, she wore a shimmery cape gown creation which looked good on her, but didn't really floor us. It was when she was felicitated for representing Cannes and for being the ambassador of a leading cosmetic Brand, she looked stunning in a raspberry pink gown by Naeem Khan. Last night, that is 14th May, she wore a delicate Elle Saab creation that had intricate work on it. She has carried off all of them with elan and style, but clearly the gorgeous woman has played safe. Also Read - When Aishwarya Rai Bachchan REVEALED the real reason for refusing the Shah Rukh Khan starrer Kuch Kuch Hota Hai

Secondly, her upcoming film Sarbjit was screened at Cannes. This highly anticipated movie has definitely made us sit up with its trailer. In fact, the first reaction from Cannes also revealed, that movie was powerful and Aishwarya's de-glam transformation was brilliant, so was Randeep Hooda transformation to Sarbjit. Also Read - Bollywood and Baarish: Romance, fights, chiffon sarees and more – here's what actors do when it rains and it's HILARIOUS – view pics

Now here she is at press conference for Sarbjit, looked absolutely mind blowing in a Rohit Bal cotoure. We just can't get over that indo-western long jacket with golden check prints. Wow! What we are loving is, she has sort brought an indian-ness to the outfit keeping the movie in mind. The black and gold theme is definitely working, also the chunky neck piece and smoke eye look is adding the perfect touch to the look. Even director Omung Kumar cuts an impressive figure in his pathani avatar. Also Read - Thala Ajith's Valimai is the most awaited Kollywood film of 2021 followed by Rajinikanth's Annaatthe and Suriya's Vaadivaasal 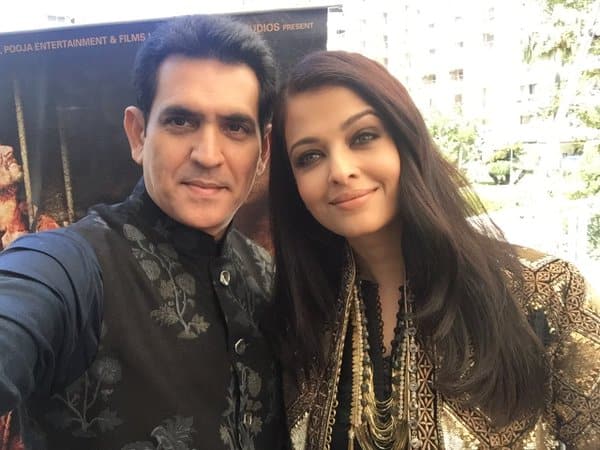 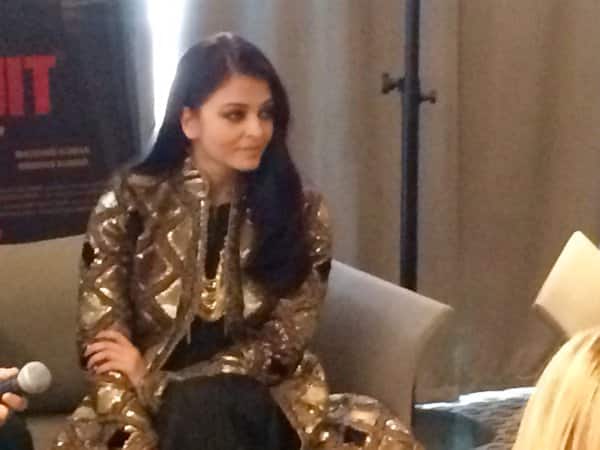 She along with Omung Kumar will be interacting with the media to talk about her character in the movie.

So, what are your thoughts on her latest outfit?