Mallika Sherawat went ahead and opened the Indian account at the Cannes Film Festival red carpet even ahead of Aishwarya Rai Bachchan or then Sonam Kapoor. Take a look at her pics and tell us if you liked Mallika's not o BOLD avatar...

The Hiss actress has always managed to make head turns with her bold red carpet appearances at Cannes over the years, but not this time around...

Mallika Sherawat looked gorgeous as she strutted the 69th Cannes Film Festival red carpet opening gala in a Georges Hobeika gown. The lady looked pretty, but there was nothing awesome about this look. Neither did it have any shock value that is synonym with her bold persona nor did it stand out. In fact one of the fashion lifestyle magazine portal compared the actress gown with porcelain ware. Clearly the babe wants to graduate to from bold and beautiful to classy and chic level. While the actress looked nice it lacked that 'Mallika' touch. After Aishwarya, it is Mallika who is senior to the likes of Sonam Kapoor and Katrina Kaif at Cannes so style watchers are always keen to find out what she has in store for us. Also Read - Cannes 2016: Aishwarya Rai Bachchan turns from regal to goofy in a heartbeat! Yesterday, Ms Sherawat posted a few pictures from her outing in Paris. She even shared this casual yet super hot pic of hers from Cannes and our expectations just went higher. But seems like Mallika rather play it safe than be sorry. The actress is at the Cannes this year for her film The Time Raiders.

.@mallikasherawat is at #Cannes w her new film Time Raiders. She is a fest regular. For #Hiss, she posed w a snake! pic.twitter.com/8CczDjTiaR 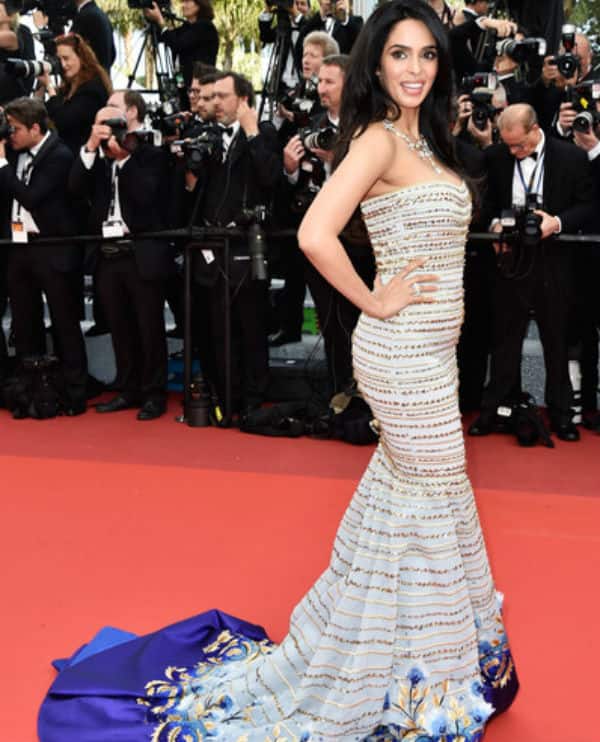 Though Mallika has been missing from Bollywood in the last few years she has never really stopped making headlines. Just recently there were report suggesting that she was getting hitched to her Paris-based real estate businessman, Cyrille Auxenfans. Mallika's father had confirmed that the actress was secretly married to Cyrille, but Mallika dismissed it.

It's NOT TRUE. Please don't spread rumors. I am on my way to Cannes with my film Time Raiders https://t.co/GwhNpxywRz

Mallika in an interview to Indian Express said, "I am proud of him and will soon get him to Mumbai. He has shown Paris to me and has romanced me the French style, now I will romance him the Indian style! I will take him to the Taj Mahal, and make him have street food. You know the typical Indian flavour, that's what I want to do." Now that is the Mallika Sherawat we know. So babe, stop playing it so safe at the red carpet, we'd rather see your sexy side. 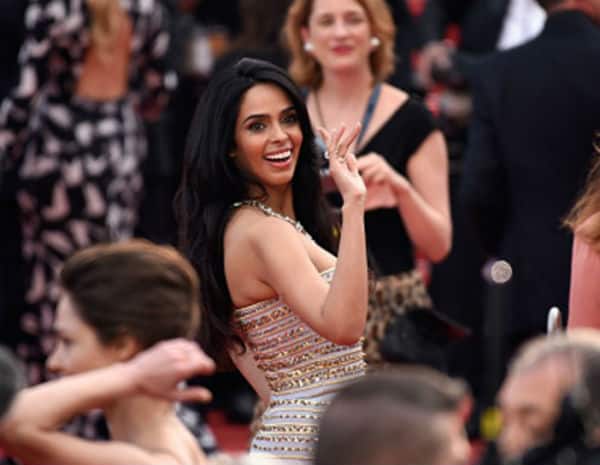 Did you like Mallika Sherawat's Cannes 2016 look? Tell us in the comments section below...