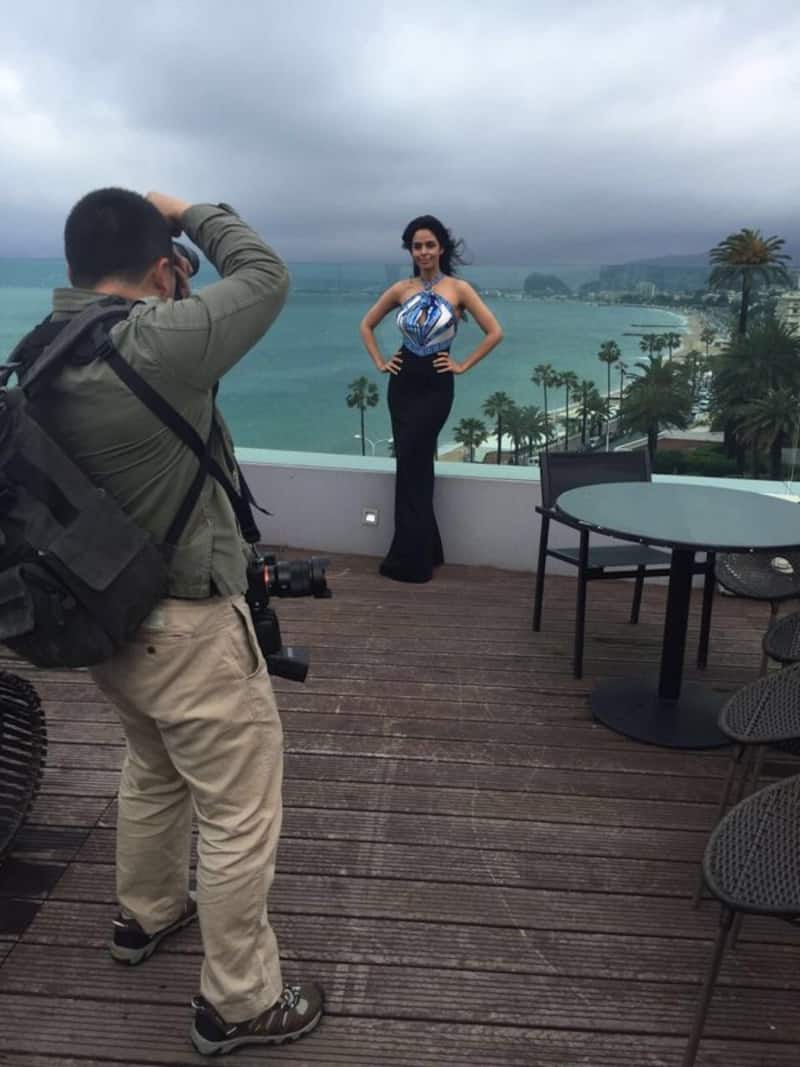 Ms Sherawat will be walking the red carpet tonight. Do you like her look? Tell us...

Mallika Sherawat is quite a regular at the Cannes Film Festival. She kick-started her Cannes journey back in 2010, following which, she has been consistently gracing the show year after year. This year she will be presenting her film Time Raiders at the prestigious 69th Cannes Film Festival and well, the actress has already landed in the city for the same. Yes! Also Read - Sonam Kapoor gives a sneak peek into son Vayu Kapoor Ahuja's new super cute toys and clothes

Sporting a mermaid styled gown which has a combination of sea blue and black, Mallika just posted a picture of her look for tonight's grand opening ceremony and boy, does she look any short of sexy? I mean, just look at her! There have been times when Mallika has been ridiculed for her Cannes appearances, be it for going overboard with her fashion sense or being underdressed. But turns out this time she's got it all right and is on-point ready for the glamorous Cannes fest. Also Read - Aishwarya Rai Bachchan-Mani Ratnam, Deepika Padukone-Sanjay Leela Bhansali and more HIT actress-director duos that have created magic on the big screen

Apart from Mallika, other celebrities who will be seen gracing the fest this year include biggies like Sonam Kapoor and Aishwarya Rai Bachchan who will be reaching shortly. However, what's more is films like Nawazuddin Siddiqui's Raman Raghav 2.0 and S S Rajmouli's Baahubali too will be making it to the Cannes this year, Just so that you know who all to expect at Cannes 2016 this year... Also Read - Ponniyin Selvan 1 Hindi box office collection: Chiyaan Vikram starrer surpasses the lifetime collection of Kamal Haasan, Thalapathy Vijay and more South stars' dubbed films

Here check out Mallika's latest Twitter updates ahead of the Cannes opening ceremony tonight and we'll be back with more updates right here.

Walking the red carpet today for the opening night of the #CannesFilmFestival , selecting a gown is tough!:) pic.twitter.com/dZqPDz1FTd