Make way for this gorgeous woman -Sonam Kapoor. The actress has stunned us with her dazzling appearance in Cannes 2016. Sonam has lived up to her promise that she will surprise us this time too.

She sported two different looks but one was better than the other...

Make way for this gorgeous woman -Sonam Kapoor. The actress has stunned us with her dazzling appearance in Cannes 2016. Sonam has lived up to her promise that she will surprise us this time too. The actress mesmerised us by wearing a blue and black combo sari for the press interaction and boy! she looks beautiful. Before that, she chose to go for a sexy outfit with plunging neckline. She looked hot but it wasn't as graceful as the sari. Also Read - 5 stunning looks for a romantic date night inspired by Jacqueline Fernandez, Bhumi Pednekar, Kriti Sanon, Kangana Ranaut and Sonam Kapoor

The Kapoor girl shared the picture on twitter and captioned, ‘For press interviews! @lorealparis #ICANes MUA @soninamrata in @Rimzimd, styled by @RheaKapoor”. The Neerja actress kept it simple and yet is ridiculously elegant. The hairdo, makeup and accessories perfectly gel up with her outfit. Sonam was seen in a funny mood while interacting with the press members; she was all chilled out and was having a gala time there. And in one of the pictures, you just can't miss her SWAG where she walks out wearing the sunglass. Also Read - Happy Birthday, Sonam Kapoor: 5 times the fashionista made our hearts skip a beat with her stylish and unconventional avatars 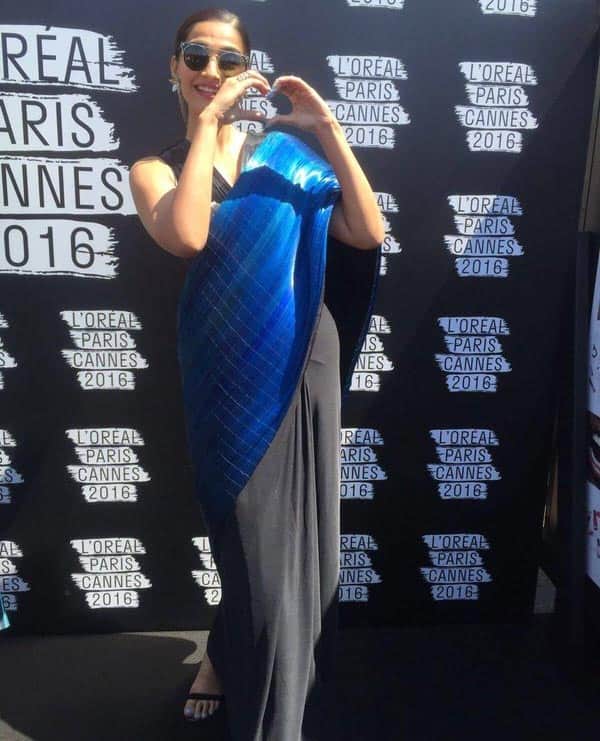 The actress carried herself with panache and we give thumbs up to her desi look. Apart from this Sonam, looked uber gorgeous in her favourite designer Anamika Khanna's outfit. She is wearing a plunging neckline attire with a combo of jacket which is making her look HOT AF. But her traditional look overpowered her western outfit. The actress looked fresh and dazzling in her Indian attire then her western outfit. The way that sari is draped on her will make you steal her figure. And that blue.... it's lighting up her face so well. It makes her ageless. 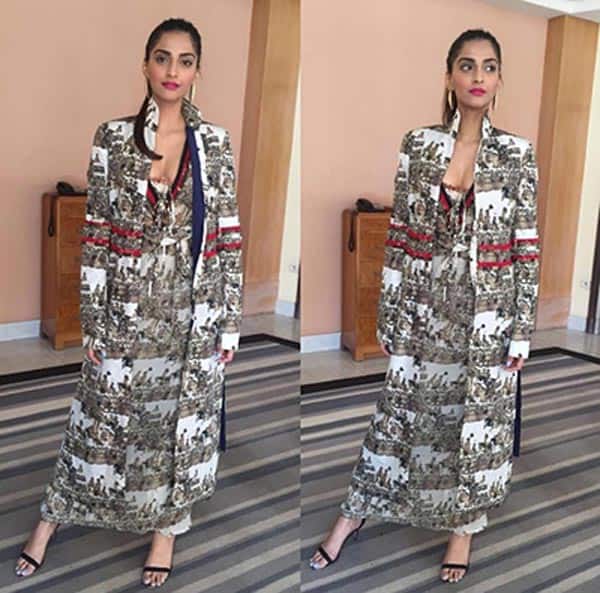 Well we are sure after seeing these pictures, the curiosity to see her walking the red carpet must have reached to a whole new level. So hold your excitement for just few hours. After Aishwarya Rai Bachchan created a storm with her charm, Sonam is all set to ROCK the stage with utmost confidence. Meanwhile, do let us know how much did you like Kapoor’s these two appearances. Share your comment below..