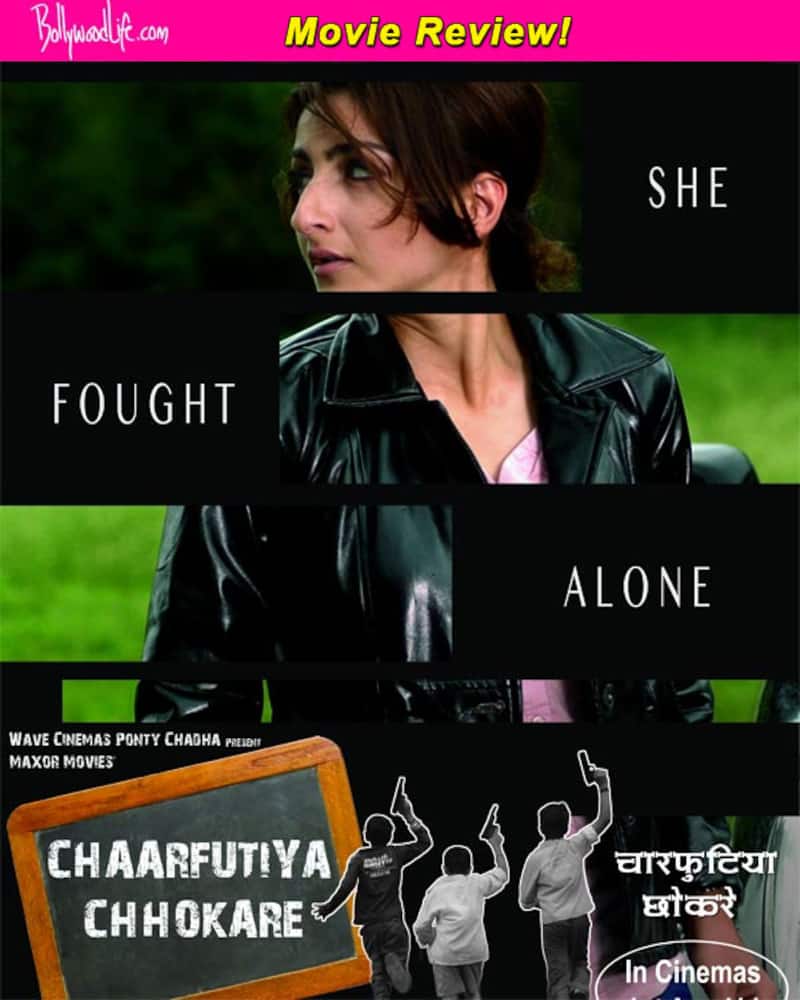 Being a low budget film, Soha Ali Khan’s Chaarfutiya Chhokare didn't create a lot of buzz. However, the movie is high on content and has a lot to offer in terms of some smashing performances and an important message. Read the review to know more about this sweet yet powerful film…

What’s it about: Also Read - Ahead of Vikram Vedha release, Soha Ali Khan reveals why two male actors don't wish to star together in the same film [Exclusive]

Chaarfutiya Chhokare is a struggle of three kids who are trapped in the world of crime. Moreover, they also get dragged into child trafficking, a brutal reality that exists in our society. Neha (Soha Ali Khan), a software engineer turned child activist visits their village in north Bihar with an intention to open a school. Soon she realise that the place is inflicted with criminal activities. The movie is about her struggle to rescue the children and her battle with the promoters of crime. How she fares in her task is something you need to watch for yourself. Also Read - Soha Ali Khan talks about the challenges star kids face; 'Sometimes they don't want to work with you but...' [Exclusive]

I always believed that Soha (Neha Malini) is one of the most underrated actors in Bollywood. Despite proving her mettle time and again (Khoya Khoya Chand, Mumbai Meri Jaan amongst others), the pretty actress is yet to receive her due from the industry and audiences alike. Her performance in Chaarfutiya Chhokare can rightly be termed as ‘apt’. With no overacting, perfect expressions and subtle dialogue delivery, Soha has given a very hard-hitting performance. The three kids played by Harsh Mayar (Awadhesh), Shankar Mandal (Gorakh) and Aditya Jaiswal (Hari) were pretty decent too. However, with a little more training these child artists would have done a tremendous job. Music is soulful and earthy. Especially two songs that will stay with you are Kaun Si Nagariya and Haldi Ke Rang. Seema Biswas (Janaki) who play’s Awadhesh’s mother, is phenomenal as expected. I must say she is one actress who can make the most extraneous dialogue seem relevant.

Despite trying hard to make the village location look authentic, director Manish Harishankar and cinematographer V Balajee miss the point. Throughout the film I was confused about how rural the village was. While sometimes it looked like a jungle, on other occasions it looked like a semi-urban town. Dialogues after a certain point got repetitive and redundant. Especially words like ‘Burbak’ and ‘Dabangg Aadmi’ were randomly used. The plot could have been a little crisper, considering some important scenes like Soha’s final confrontational scene with the boys was left loose. The director absolutely missed the punch here.

Ignoring the technical errors of this film, I think Chaarfutiya Chhokare sensitively deals with the subject and should be given a chance.