The legendary designer breathed his last at a hospital in Paris

It's a sad, sad day for fashion as Chanel's Creative Director and legendary fashion designer Karl Lagerfeld has breathed his last. Reportedly, the icon died on Tuesday, at the age of 85, after being rushed to a hospital in Neuilly-sur-Seine just outside Paris the night before. According to sources close to him, he was rushed to hospital on Monday while suffering from pancreatic cancer. Earlier in January, Karl missed Chanel's Haute Couture spring/summer 2019 show in Paris which raised speculations about his health. Also Read - It's Expensive: Hansika Motwani's Boy Chanel Wallet can buy you a Royal Enfield Himalayan bike

He was known as the creative director of the French luxury fashion house Chanel, as well as creative director of the Italian fur and leather goods fashion house Fendi and his own eponymous fashion label Karl Lagerfeld. The German fashion giant began his career at Pierre Balmain (France) in 1955 and moved to Fendi (Italy) in 1965. He joined Chanel in 1983 and worked at the German fashion house for 36 years. He also started his own label in 1984 without hampering his collaborations with Fendi and Chanel. Also Read - It's Expensive: Kiara Advani's small Chanel bag costs in lakhs

He was known for his iconic pony-tail and the suave to pull off all-black ensembles and needless to say, his demise feels like a personal loss to everyone who works in and loves fashion. In fact, Hollywood biggies like Donatella Versace, Victoria Beckham and Gigi Hadid have taken to social media to pay his last respects. Also Read - It’s Expensive: Twinkle Khanna’s favourite Chanel bag is worth the cost of a Toyota Etios Liva

Karl your genius touched the lives of so many, especially Gianni and I. We will never forget your incredible talent and endless inspiration. We were always learning from you.

So incredibly sad to hear this. Karl was a genius and always so kind and generous to me both personally and professionally. RIP ?x vb 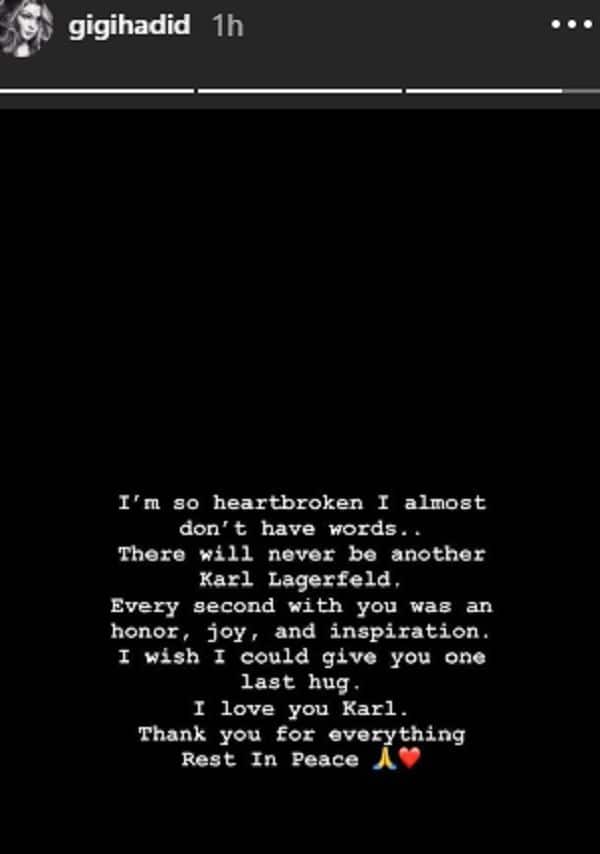 From Bollywood, designer Manish Malhotra and actress Nimrat Kaur have also taken to social media to express their condolences.

“The best thing to do is dive with your imagination- you can never drown yourself.” #KarlLagerfeld Preserving this moment forever, because you know it’s not everyday that you come across legends in a book store. #EndOfAnEra #RIP

“I would like to be a one man multinational fashion phenomenon” - Karl Lagerfeld.

What enthusiasm and drive to work! At the head of Chanel, Fendi and his own eponymous label for decades in an era where everything and everyone is disposable and dispensable. Wish I imbibe some of that prolific way of working! RIP @karllagerfeld you are a LEGEND! #karllagerfeld #kaiserkarl #ripkarllagerfeld

Rip #Karl Thank you for a lifetime of education ?

One of the most prolific souls I’ve witnessed ?? RIP #karllagerfeld