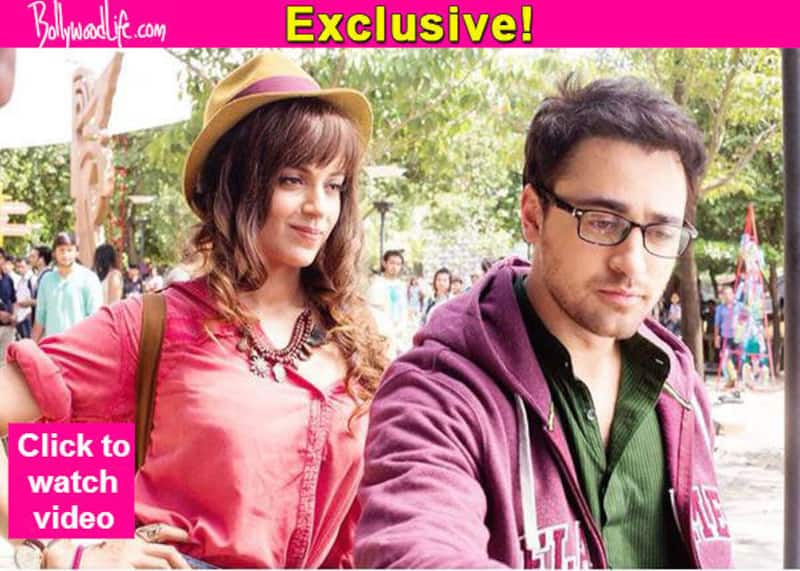 So we recently met up with Katti Batti actor Imran Khan and had hella loads of fun!

Imran Khan is easily one of the most easy-going, cool and suave actors of Bollywood. He will soon be seen romancing Kangana Ranaut in Katti Batti. Imran plays the role of a nerdy architect Maddy who falls head over heels for a spunky girl (Payal aka Kangana) who is way out of his league. Imran's character pursues Kangana's character in the movie and the film is based on modern day relationships. Also Read - Urfi Javed-Chahatt Khanna, Kangana Ranaut-Swara Bhaskar, Devoleena Bhattacharjee-Mayur Verma and more ugliest celeb spats

During an EXCLUSIVE chat with BollywoodLife Imran revealed all about how he broke the ice with Kangana on set. He said that Kangana is a meticulous actor who likes everything written down before to goes in front of the camera. The actress has a notebook where she writes about how she would approach each scene and she makes graphs for modulation! Well, she is quite a method actor too so when on set, she is in character and doesn't really chill with the crew in order to be in the head space of her character. Imran says that his method of working is quite different from Kangana's so he didn't get to know much of her whilst shooting the film. But they have gotten close while travelling around the world for Katti Batti promotions. Also Read - Friendship Day 2022: Kangana Ranaut-Karan Johar, Salman Khan-Vivek Oberoi and more Bollywood celebs who will never be friends