The two ladies were seen bonding BIG time at the recently held press meet of DDD in Dubai. Read on!

The month of June is going to be special one indeed. Zoya Akhtar's much awaited film Dil Dhadakne Do is about to see it's release on the 5th and the team members seem to be as excited as us!

Priyanka Chopra, Ranveer Singh and Anushka Sharma form the star cast of the film along with Farhan Akhtar, Anil Kapoor and Shefali Shah. The DDD team attendd the recently held Arab Indo Bollywood Awards together recently and we have already presented you with a picture of the stars at the awards night. Well, here are some more from their press meet in Dubai! Also Read - Salman Khan refers to Anil Kapoor as ‘UNCLE’, will Sonam Kapoor take offence? Watch video!

As you can see, the star cast appears to be having a rather friendly conversation with the media. Priyanka looked chic in her black and white Pinghe dress which she sported with a vintage styled hairdo and bright red lips. We loved the way PC nailed this retro style and finished her look with a pair of white heels. Anushka too chose to go for a similar look, but with different colours. Also Read - 4 Salman Khan fun moments from AIBA 2015 - view pics! 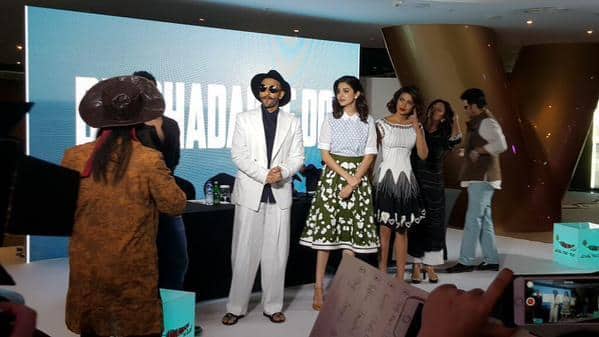 The actress Paul & Joe top which she teamed with a green skirt by Huemn. Anushka wore her hair in curls and topped her appearance with coral lips and delicate studs. We like. The actress and PC were seen bonding big time at the press meet and even clicked tons of pics together. Well we have had enough of 'bromances' in Bollywood. Here's to a new found 'womance!' 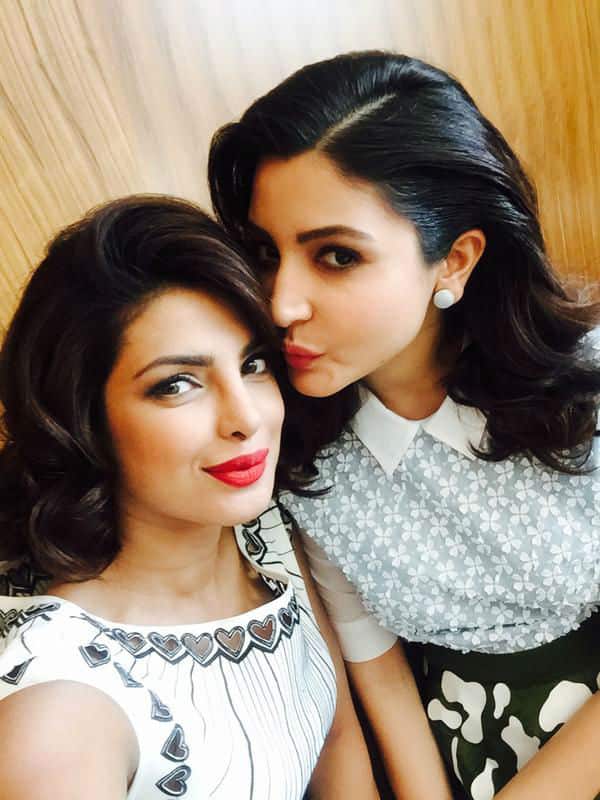 Ranveer Singh looked stylish in his black tee, which he wore with a white suit and his signature style fedora hat. Check out the pictures in the gallery above and let us know whose look do you like the most!