Check out Rajinikanth and Latha Ranagchari's special moments together as they celebrate 35 years of marriage!

On Rajinikanth and Latha's memorable wedding day, let us take a little look at their journey so far!... 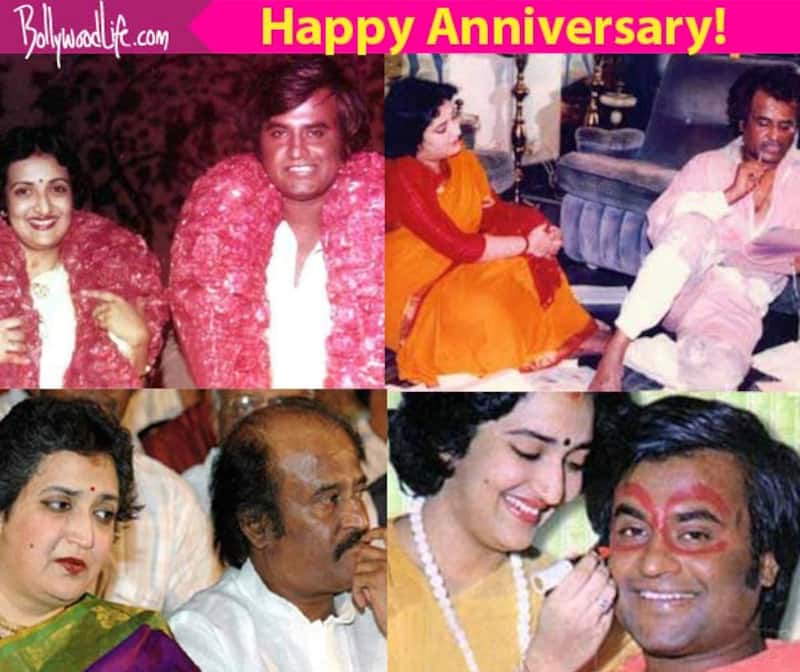 The celeb couple have faced their share of highs and lows

One of the most enduring relationships in Tamil cinema is the one Superstar Rajinikanth and his spouse, Latha Rangachari share. In a time when relationships are falling apart left, right and centre, the couple has completed a whopping 35 years of marriage. So on this memorable day let us take a little look at their journey so far. Also Read - Kamal Haasan heaps praises on Rishab Shetty after watching Kantara; gets inspired by the storytelling

Latha met Rajinikanth on the sets of Thillu Mullu in 1981. Latha was conducting an interview with the star, and Thalaivar, being the boss that he is, proposed to her right away. The then Ms Rangachari later got to know about his childhood hardships and breakdowns and developed feelings for him. However, her family being conservative, the responsibility to convince her parents fell on actor YG Mahendran, who is Latha's brother and was good friends with the Superstar from the very start. Fortunately, everything went smoothly and the two got happily married on 26 February 1981 in Tirupati. Also Read - Trending South News Today: Teary-eyed Mahesh Babu bids a final adieu to father and Superstar Krishna, Ponniyin Selvan 2 release date revealed and more

But their marriage was not a bed of roses by any means. Back in the 80s, there were rumours of Rajini being with other women and things were not so smooth between the two. A separation seemed inevitable. Apparently, only after fans threatened suicide, they decided against it. Also Read - Kantara star Rishab Shetty to Samantha Ruth Prabhu: South Indian actors who did odd jobs before hitting gold in the film industry

Whatever, may be the case, things must have surely patched up between the two as they now have two lovely daughters and a long, fulfilling marriage.

We certainly hope that the Superstar and his wife stay together like this always and celebrate many more anniversaries like this one.