Rishi Kapoor expressed his joy on Urmila's sudden wedding in his own unique style!... 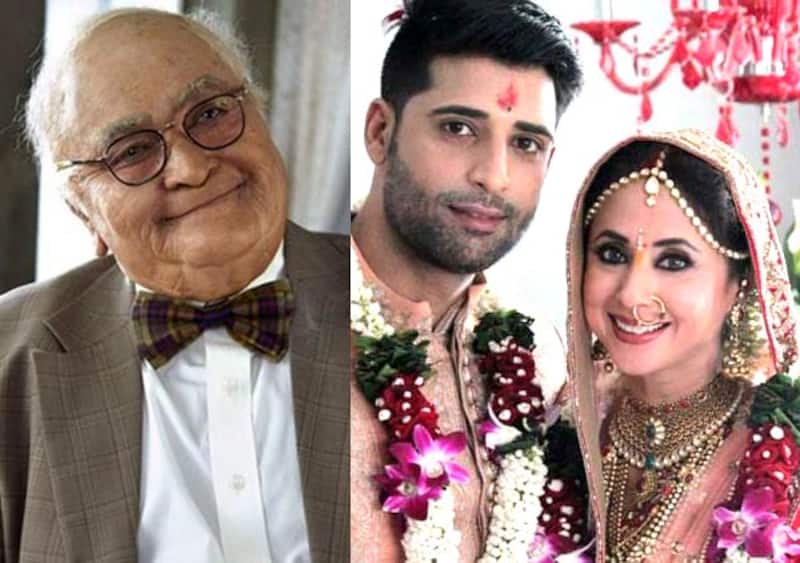 The two stars have done quite a few films together

Bollywood actor Rishi Kapoor almost always has something really interesting to say about many big happenings in the industry. And right now, the biggest news in town is the surprise wedding of actress Urmila Matondkar with Mir Mohsin Akhtar. So here is what the veteran actor had to say about this out of the blue marriage. Also Read - Before Kangana Ranaut shot for Emergency with Dengue, Ajay Devgn, Deepika Padukone and other Bollywood stars braved ailments while filming

Rishi Kapoor expressed his joy and delight on hearing the wonderful news. He then grew nostalgic as he reminisced about the days when he and the Urmila used to work together. The actor reminds us of the amazing fact that the two have worked together as father and daughter, brother and sister and even as lovers in films and that they share a strong connection. Then the Kapoor and Sons actor wished a happy married life and blessed. Also Read - Shamshera star Ranbir Kapoor reveals what his father Rishi Kapoor thought of him doing the film; opens up on his film choices [Exclusive]

Funnily enough, he initial tweet seemed misleading to him, so he tweeted again, clarifying that they worked father-daughter, brother-sister and lovers in films Masoom, Bade Ghar Ki Beti and Shreeman Aashiq respectively. Maybe he explained himself so that he is not misquoted later on. Also Read - Stanger Things Indian fans find the perfect doppelgangers of Dustin, Nancy and more in Mahabharat's Duryodhan, Shivangi Joshi's Naira and others [View Pics]

Urmila certainly surprised the entire Bollywood when the news of her marriage with Mr Akhtar surfaced last night. It was a very private affair and only the people closest to the bride and bridegroom were invited. Mohsin Akhtar is a Kashmir based businessman and model.

Preity Zinta also married Gene Goodenough in Los Angeles in the beginning of this week!

Take a look at the actor's tweets right here:

Urmila who played my daughter like,sister and lover in films. Wish you all the best in your married life. God Bless! pic.twitter.com/xz5XMEDFdD

Okkiieeeee. Daughter like in "Masoom". Sister in "Bade Ghar Ki Beti" and lover in "Shreeman Aashiq". Another world record of sorts lol