The cast was part of the recent Star Wars Celebration Europe event which was held in Europe which also had the cast from the original Star Wars franchise like Mark Hamill, John Boyega, Warwick Davis, Gwendoline Christie 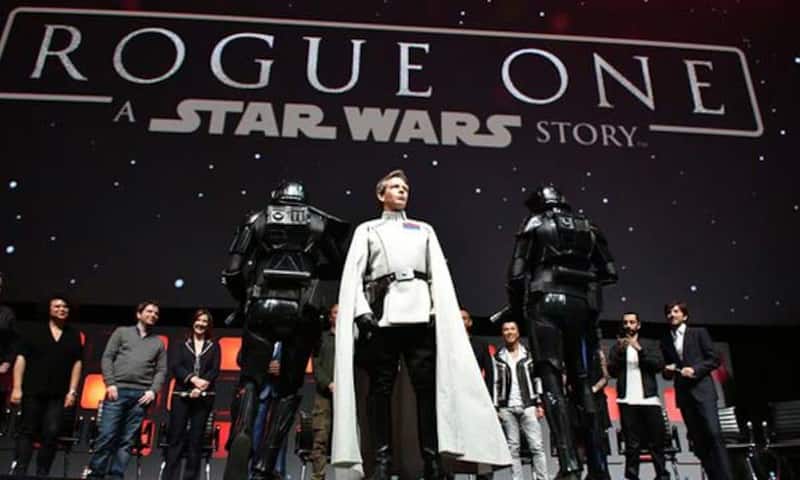 London celebrated one of the biggest film franchises of all time!

Ask any Hollywood movie buff as to which is the biggest movie franchise of all the time, and you will find the answer to be unanimous - Star Wars! Also Read - Ayushmann Khurrana, Tiger Shroff, Akshay Kumar and more Bollywood stars who slashed fees for SHOCKING reasons

The franchise that was kick started by the visionary directory George Lucas in the '70s with Star Wars: A New Hope, now has seven films in the kitty as well as countless television specials and comics, and holiday special. Also Read - Ranbir Kapoor REJECTING Star Wars, Priyanka Chopra declining Immortals and more: Bollywood stars who said NO to big Hollywood projects

The franchise got its seventh installment, The Force Awakens, last year and became the one of the biggest hits of 2015. It stars a new trilogy for the franchise that will focus on the handing over of responsibilities from the old players, Luke Skywalker, Princess Leia and Han Solo to the new ones on the block, Rey, Finn and Poe Dameron. Also Read - Trending Hollywood News Today: BTS member RM's Sexy Nukim music video, Lord of the Rings series breaks records and more

The sequel to this, and the eight installment will release next year, but Star Wars fans need not worry about waiting till next year. A spin-off, Rogue One: A Star Wars Story, will be releasing this year end and it will be a sorta prequel to the original trilogy. It will focus on a group of rebel forces who wants to steal the plans of Death Star before it was built to do Darth Vader's bidding. Felicity Jones headlines the cast which also has Deigo Luna, Riz Ahmed, Forest Whitaker, Ben Mendelsohn, Donnie Yen and Mads Mikkelsen.

The cast was part of the recent Star Wars Celebration Europe event which was held in Europe which also had the cast from the original Star Wars franchise like Mark Hamill, John Boyega, Warwick Davis, Gwendoline Christie (who played Captain Phasma in The Force Awakens). Alden Ehrenreich who will play the young Han Solo in another spinoff film was also spotted at the event.