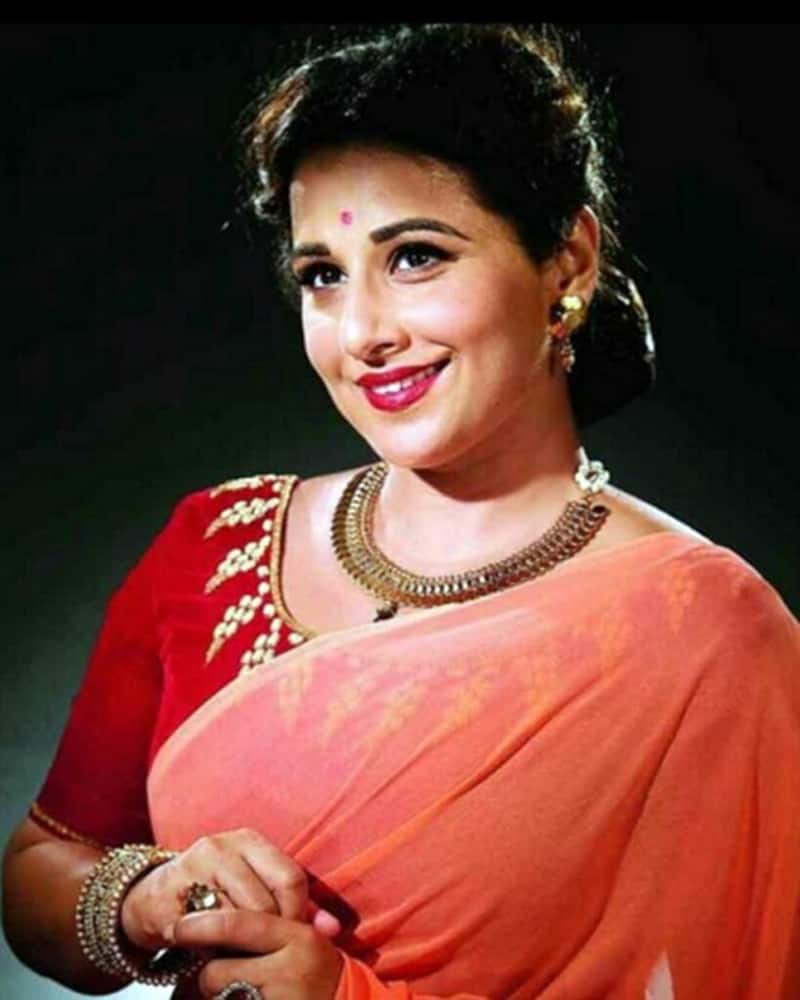 Vidya Balan looks truly ethereal as the yesteryear star Geeta Bali in this Bhagwan Dada biopic. This would be the actress's first Marathi film. The film traces the journey of Bhagwan Dada’s film career as an actor and director. Her role will be credited as a special appearance. She wil sport six different looks for the film. Also Read - Urvashi Rautela, Poonam Pandey and more Bollywood divas who raised the mercury level with their bathing pictures

Vidya looks charming, graceful and beautiful in this first look and we can't wait for the first rushes of the film to come. Being a perfectionist that the actress is, Vidya surprised everybody on sets with her fluent Marathi. Vidya's character doesn't need to speak in Marathi in the film. The flick will be directed by directed by Shekhar Sartandel, the biopic is a tribute to the veteran actor for his contribution to Hindi cinema. Also Read - Trending Entertainment News Today: Akshay Kumar being sued by Subramanian Swamy for false portrayal of Ram Setu issue; Bipasha Basu-Karan Singh Grover pregnancy and more

Speaking about Vidya, the producer Monish Babre said, “Vidya’s character speaks Hindi. We were quite amazed by the fact that she used to converse with the cast and crew in Marathi." Also Read - Samantha Ruth Prabhu, Sara Ali Khan, Ananya Pandey and more actresses who have a crush on Ranveer Singh

Who is Geeta Bali?

Geeta Bali and Bhagwan Dada pairing rocked the film industry in the early 1950s. She is related to the illustrious Kapoor Khandaan for she married Shammi Kapoor and has a son Aditya Raj Kapoor. One of the most prominent actresses of her times, Geeta Bali broke stereotypes with her pathbreaking roles. It would be interesting to see Vidya in the shoes of this great actress.