Check out Yuvraj Singh and Hazel Keech's adorable engagement pictures, all the way from Bali!

Congratulations to this beautiful couple...

So it's confirmed! Cricketer Yuvraaj Singh indeed got engaged to girlfriend Hazel Keech in an intimate ceremony in Bali this November 11! Of course, Diwali became all the more special for this much in love couple. But right now we just can't stop crushing on their engagement pictures that's happily doing the rounds on the internet! Yes! We came across this mandatory 'We're engaged' picture of Hazel and Yuvi flaunting their engagement rings! How adorable do they look together? Reports suggest wedding isn’t too far either although the date and venue is yet to be decided. Also Read - Harbhajan Singh and Geeta Basra papped outside the hospital as they take their newborn child home — view pics 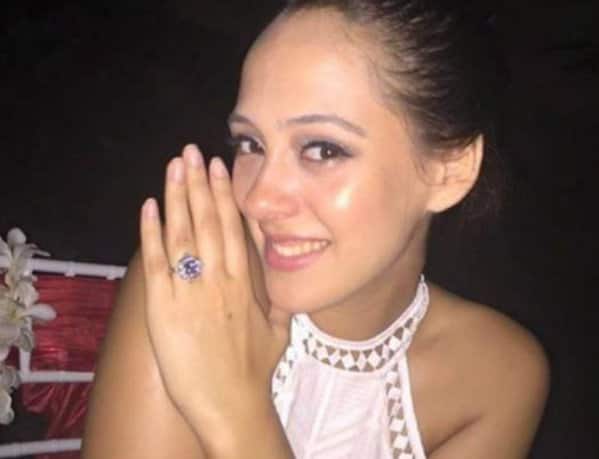 While talking to a leading daily, Yuvraaj's father Yograj Singh confirmed the news saying, "I was introduced to her (Hazel) by Yuvraj and she is a very nice girl. I am confident that marrying her will change his fortunes and he will return to the national squad." Also Read - Anushka Sharma, Hazel Keech and more Bollywood actresses who married Indian cricketers – view pics

Harbhajan too had tweeted to Yuvraj on Twitter saying, “You should come in a line and play straight now (sic),” Following which, Yuvi had replied, “Yes mr @harbhajan_singh from Diwali onwards I’m going to play straight see you Tom night (sic)” Obviously, the world was shocked at this and people started predicting an impending wedding for Yuvraj. However, Yuvi dismissed it all as a joke and said, “So now my dear media has decided the venue and month of my marriage can u also tell me the dates so I can get ready well in time!” Well, now you know who is having the last laugh here…