Chef is made by Airlift director Raja Krishna Menon. The movie is scheduled to release on October 6. 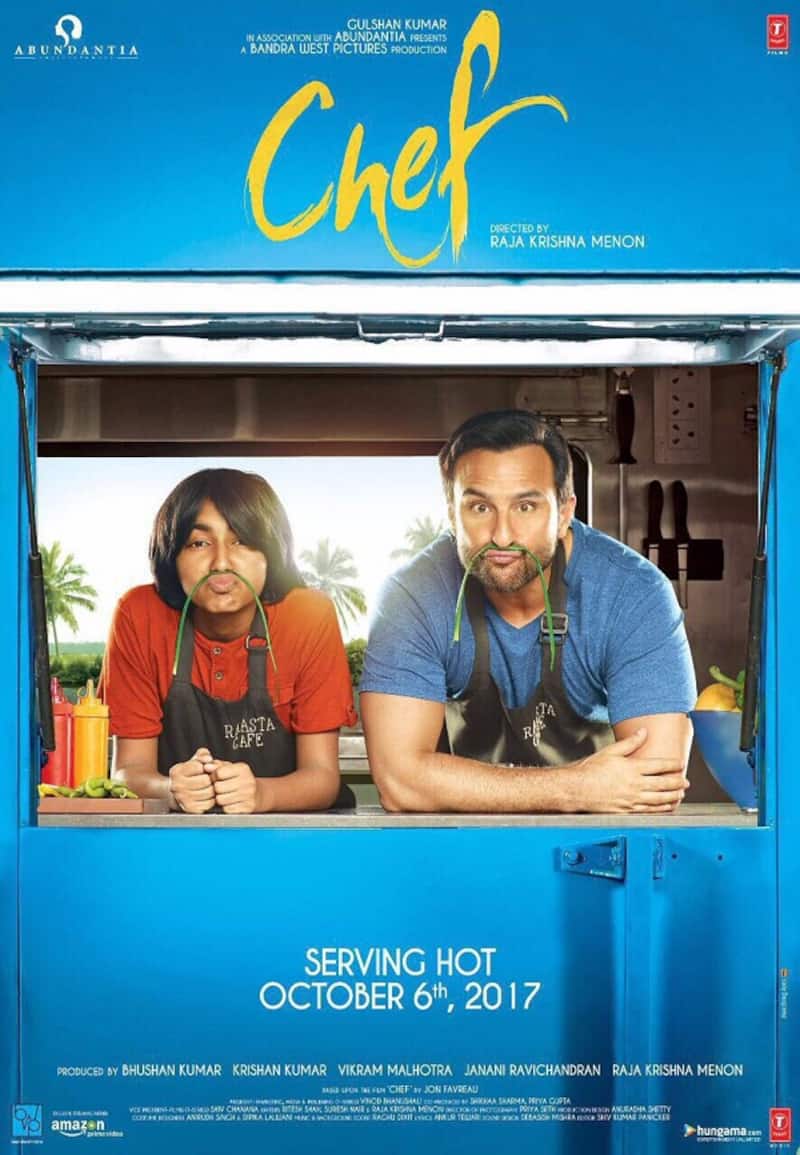 Saif Ali Khan has three interesting movies to come out this year (not including the Netflix series, Sacred Games) - Kaalakaandi, Chef and Baazaar. We have been impressed with the teaser of Kaalakaandi, which looks like a promising black comedy. And now it's time to find out how Chef will look like, with the trailer coming out in some time. However, before that we have got the first look for the movie, that has Saif Ali Khan and Svar Kamble, who plays his son in their mobile catering van. Seeing Saif Ali Khan in his Chef avatar reminds me of his role in Salaam Namaste where also he played a chef. Also Read - After Boycott Vikram Vedha backlash; Hrithik Roshan fans come out in support, trend 'Awaiting Roar of Vikram Vedha’ [View Tweets]

Interestingly the poster also confirmed that this official remake of the Hollywood movie also retains the same name. The original movie, which was released in 2014, was directed by Jon Favreau (who also directed Iron Man) while also taking on the main role. The movie also had an eclectic supporting cast like Sofía Vergara, John Leguizamo, Scarlett Johansson, Oliver Platt, Bobby Cannavale, Dustin Hoffman, and Robert Downey Jr. The movie is about a popular chef who gets fired from his restaurant after getting on a Twitter spat with a food critic. Confused at first about what to do next, he begins a mobile catering business with the help of his close friends, that helps him bond better with his young son while also rediscovering his passion for food. Also Read - Unseen pictures of Sara Ali Khan with Saif Ali Khan prove she always had a 'protective daddy', unlike Karan Johar's claims

The Bollywood remake will also star South actress Padmapriya (in her second Bollywood role after Striker), Chandan Roy Sanyal and Shayan Munshi. Since the movie is being made by Airlift director Raja Krishna Menon, we do wonder if Akshay Kumar, the leading man of Airlift, would take on the role of Robert Downey Jr's from the original. Also Read - Saif Ali Khan birthday special: Palace in Bhopal to a chalet in Switzerland; a look at the most expensive properties owned by Vikram Vedha actor

The movie is scheduled to release on October 6.