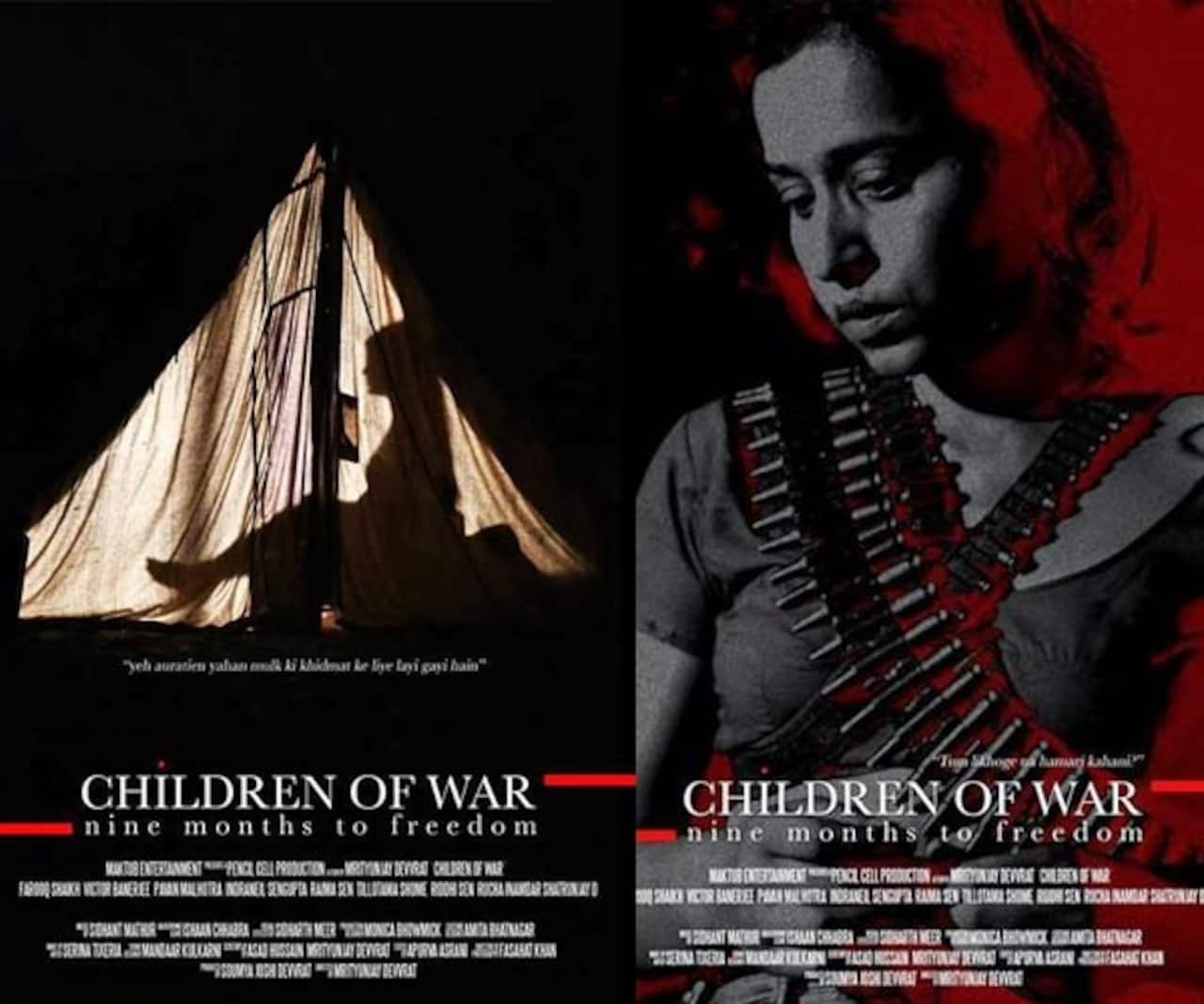 In one of the many mind-numbing images in this exceptionally vivid work on the ravages of war, the back of a truck is jolted open and out tumble a bunch of women one on top of another at a Pakistani prison camp for Bangladeshi women run by a despicable tyrant, who could be the Nazi mass murderer Ralph Fiennes in Steven Spielberg's "Schindler's List". Also Read - Trending OTT News Today: Aashram actress Aaditi Pohankar gels with Aaditya Thackeray, The Girl from Plainville release date out and more

But no. It's Pavan Malhotra, brilliantly evil and slimy as the man who believes that if Pakistani soldiers rape and impregnate enough Bangladeshi women, the separatists and freedom fighters would stop dreaming of their own homeland. This is the irrational, blood-soaked ravaged Pakistan of 1971 when Bangladesh was born out of the most horrific violence perpetrated against humanity. Very often as I watched debutant director Mrityunjay Devvrat's stunning film, I was reminded of the great anti-Nazi films, like Alan Pakula's "Sophie's Choice", Richard Attenborough's "A Bridge Too Far", and Quentin Tarantino's "Inglorious Basterds". Also Read - Trending OTT News Today: Nushrratt Bharuccha's Chhorii teaser is scary, Raveena Tandon's Aranyak teaser is mysterious, Jimmy Sheirgill's Your Honor season 2 teaser is gripping and more

I was also reminded of Nandita Das's "Firaaq" about Gujarat's 2002 genocide where a truckload of corpses had tumbled out. The difference is, the women who fall from the truck like trash from a garbage van in "Children Of War" are alive. They might as well be dead. As these Bangladeshi women, played by actresses of various ages - from 12 years to 40 years, who seem to live every second of the agony, are raped repeatedly you wonder how low human beings can fall when given unlimited power. Also Read - Aranyak teaser: Raveena Tandon promises a stellar comeback with Netflix's dark, twisted whodunnit web series

Rape as a tool of oppression has never served a more brutal purpose in any other film except Shekhar Kapur's "Bandit Queen". And you wonder why the man or woman, who sits in the boss' chair in the corporate organization, is no different from the leery neo-Nazi from the Pakistani concentration camp who supervises the mass rape of Bangladeshi women.

"Children Of War" shows how and why absolute power corrupts absolutely. Revisiting the Bangladesh war of liberation in 1971, it recreates with nerve wracking vividness the horrors of those times when suddenly a whole civilization was threatened with extinction. The director spares us none of the agonizing details. Why should he? When humanity suffered, first world countries turned their faces away. It's time to face the music.

The unannounced midnight knock and the graphic rape that follows, the brutal slaying of refugees on the run as they are intercepted and shot point blank (in slow motion) on a river bridge as they try to escape, the leery Nazi-like army man urinating onto a prisoner's face....War never seemed more like a personal and political violation.

This is not a film for the squeamish. But then war was never meant for the civilised. The sheer incivility of a strife where one bully-section of a country decides to teach another section of the people a lesson, is captured in layer after layer of unstrapped brilliance portraying the complete collapse of compassion. The film is littered with passages of unbearable pain and, yes, agonizing beauty. It is an indelible irony of all visual arts that human hurt makes for great visuals. The lush lyricism that the director supplants to the suffering never takes from the powerful statement on pain and suffering. Cinematographer Fasahat Khan shoots the chilling nights with prowling predators and ravaged women captured together to emblematise the essential conflict between sexual aggression and vulnerable victims.

There is no manipulation here in the merger of the murky and the magnificent. They have co-existed from time immemorial. In this film, the ugly and the cherishable are so close together you can touch both and come away a changed film viewer. The plot moves across several epic conflicts simultaneously. There is a teenager Rafiq (played with heartrending vulnerability by Riddhi Sen) who loses his entire family and his home and is left with only a sister (Rucha Inamdar) to flee from the brutality of his homeland to the relative safety of India.

Rafiq's journey becomes a metaphor of Bangladesh's feral fight for freedom. While the director has made extensive and telling use of documentary footage, including Indira Gandhi's rationale for Indian intervention in Bangladesh, there are many passages of unbounded symbolism leaping out of the screen. I was specially fascinated by a boat journey across a blood-soaked tell-tale river where a girl sees ghosts and other casualties of war violence as they jostle to tell her it is not over yet.

A true blue epic of mind-numbing intensity "Children Of War" is the kind of cinema that David Lean would have attempted were he a witness to the barbarism that went into the formation of Bangladesh. The film's brutal brilliance and spiralling structure of dread doom and devastation make you wonder how first time director Mriyunjay Devvrat could muster such a masterly vision of human oppression and resilience.

At heart this is a conventional lovely story of a couple (Indraneil Sengupta and Raima Sen) separated by sudden war. Standing forlorn, silhouetted by barbed wires in a concentration camp, Raima sometimes looks way too beautiful to be a victim. She can't help it. Along with her every member of the cast rises above his or her personality to become part of the director's epic design. Special mention must be made of Pavan Malhotra, Tilotama Shome (playing a human bomb), Riddhi (so young and so much pain!) and Victor Bannerjee in a memorable cameo as a traveling refugee reminds us that humanism and barbarism are neighbours.

Aiding the actors to achieve the acme of authenticity is the film's mesmeric sound-design and music. In one harrowing graphic sequence, a rock anthem reverberates across the skyline as drains filled with blood tell sagas of the savagery that waits just outside our homes. Genocide is not only history. It is what a country gets when intolerance is encouraged by political interests.

There are visuals and sounds of pain and anguish in this turbulent treatise on one of history's worst atrocities that will stay with me forever. It is impossible to believe that this war epic has been directed by a first time filmmaker. How can a virgin artiste conceive such a vivid portrait of the rape of a civilization?

This isn't really a film. It's a work of art, tempestuous and terrific. Yes, this is a masterpiece.