Chiranjeevi, Prabhas, Rana Daggubati, Vijay Sethupathi: Which actor impressed you in the first half of 2017?

Prabhas, Rana Daggubati, Chiranjeevi, Vijay Sethupathi: Which actor impressed you in the first half of 2017?

2017 began with a bang as Chiranjeevi returned to silver screen after a decade. Nanadamuri Balakrishnan as Gautamiputra Satakarni was also a force to reckon with! The year continued with many other great performances from actors like Prabhas, Rana Daggubati, Vijay Sethupathi, Karti to name a few! Each of them showed us a completely different side that pleasantly surprised fans! All in all, the first half of 2017 has been power packed, unconventional and ground breaking. What we want to know from you guys is - Which actor impressed you the most in the first half of 2017? You can VOTE and tell us too! Here's a list of 9 actors who created quite an impression in the first half of 2017: Also Read - Allu Arjun starrer Pushpa: The Rule to break Prabhas' Baahubali: The Conclusion records? Manish Shah of Goldmine Telefilms predicts

Chiranjeevi, Khaidi No 150 The actor-turned politician returned to the big screen after a decade with Khaidi No. 150. Even after a 10 year gap, the veteran actor could hold his fans' attention with his double act. As he played two different characters, his versatility shone through. To add to it, Chiranjeevi the dancer also made a comeback and set the floor ablaze! Also Read - RRR: SS Rajamouli’s Jr NTR and Ram Charan starrer's new release date has a Baahubali 2 connect? 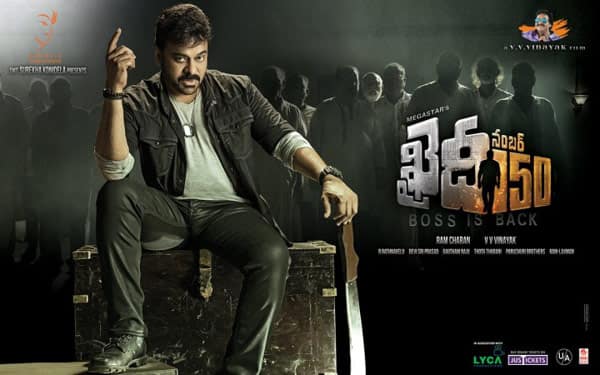 Nandamuri Balakrishnan , Gautamiputra Satakarni - The historical drama was already special because it marked the Telugu actor's 100 project. After playing massy roles for decades, the actor took on a character-driven role. He portrayed a second century ruler of the Satvahana Dynasty. It was a risk the actor dared to take for his 100th film and it paid off and how! His kingly avatar was hugely appreciated by fans. Krrish's sharp direction, the rich cinematography and Nanadamuri's performance made this one memorable film. 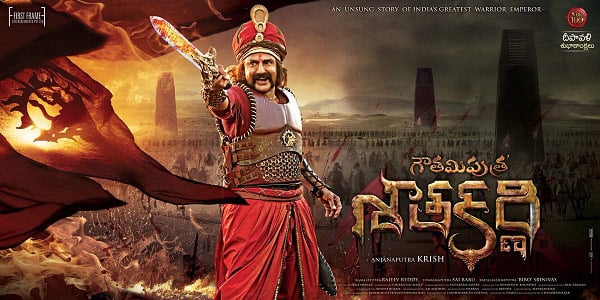 Prabhas, Baahubali 2 - Telugu star Prabhas redefined royalty for us with his portrayal as Amarendra Baahubali, the mighty yet humble king of Baahubali in SS Rajamouli's film. It was not only his physical transformation that left fans in awe but also his performance that had them gushing. His larger than life persona, his humble attitude and his intimidating demeanor made Baahubali one of the most talked about characters. The film went on to become one of the biggest blockbusters of all times. Also Read: Bahubali 2 movie review: Prabhas and Anushka Shetty’s romance and stunning visual effects will leave you bedazzled 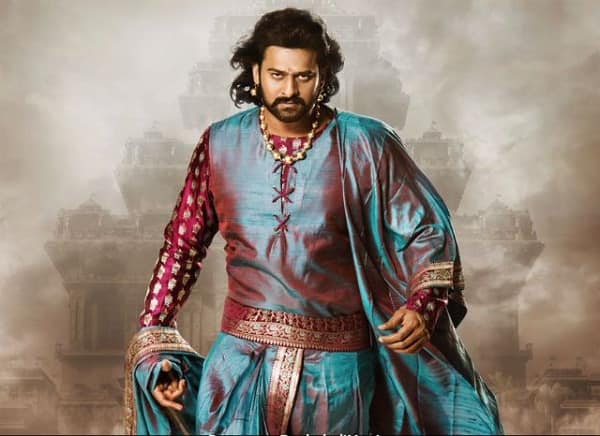 Karthi, Kaatru Veliyidai - After starting off as Mani Ratnam's assistant, Karthi took on the opportunity to play a lead role in this genius director's film. It was a role like no other. He played Varun a chauvinistic, complicated, hot headed pilot who just couldn't let go of Leela, his soulmate. While the pairing itself was an intriguing one, individually both actors showed a different side to them and won over fans. 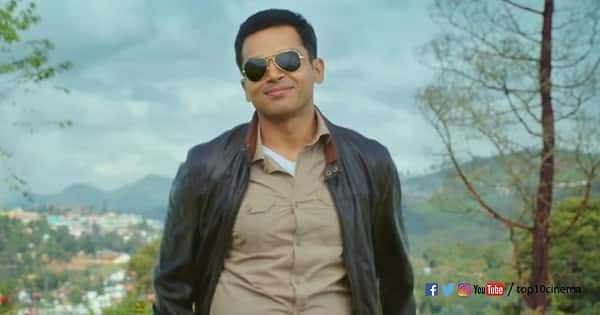 Rana Daggubati, Baahubali 2 - While Prabhas shone through in the historical drama, the movie wouldn't have been complete without Rana Daggubati's ruthless act. Never before had we witnessed a terrifying villain like this, who through his scheming, subtle ways created havoc. His character saw a major evolution as he moved from his quiet, restrained ways to extreme violence at the end. To add more drama to his character, Rana Daggubati beefed up big time to play the towering, menacing villain. 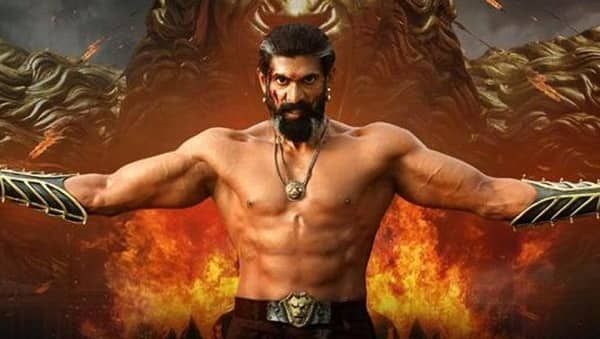 Pawan Kalyan, Katamarayudu - Power star Pawan Kalyan returned to the big screen with the Telugu remake of Ajith Kumar's Veeram. He played an ordinary yet powerful man who believed in the an eye for eye motto. As this character required a massy appeal, Pawan Kalyan pulled it off effortlessly. No one else does mass like Power Star. It might not have been a ground breaking performance but entertaining it was. 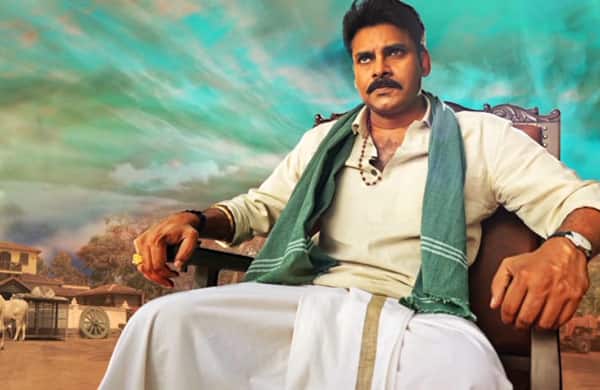 Allu Arjun, Duvvada Jagannadham -Allu Arjun was most recently seen in Harish Shankar's Duvvada Jagannadham. He played two different characters - a religious Brahmin caterer and an uncover spy. While this film has fared brilliantly at the box office, this just another one of Allu Arjun's commercial entertainers. He pulled it off with ease and style.

Guru - Venkatesh Daggubati starred in the Tamil remake of Irudhi Suttru. His role as the heartless, grouchy yet motivating coach was spot on. While the film didn't manage to strike gold at the BO Venkatesh's performance did not go unnoticed. Although he was playing an alreayd established character, he brought in his own style and characteristics to the role. 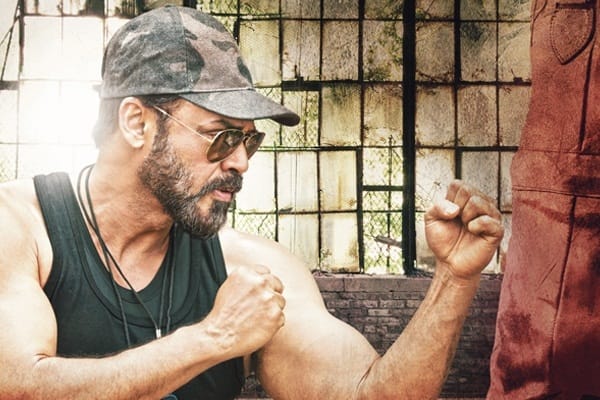 Kavan - The film directed by K.V. Anand starred Vijay Sethupathi and Madonna Sebastian. The film was about exposing certain truths of the media industry in a satirical manner. Vijay Sethupathi idealist yet flawed act garnered praise form fans, critics alike. The movie was appreciated for its commercially entertaining yet powerful concept. 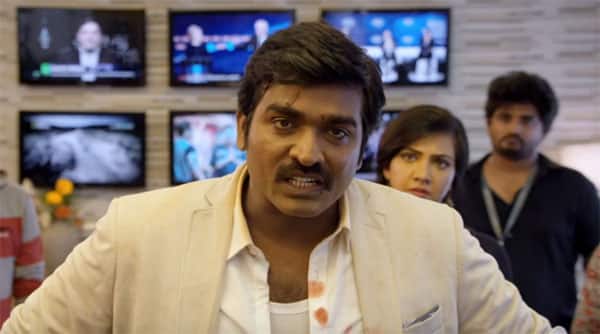 So who do you think put on a great performance in the first half of 2017? Vote and tell us! Stay tuned for the results.