Chitrangda Singh: 'Desi Boyz' is like a debut film for me 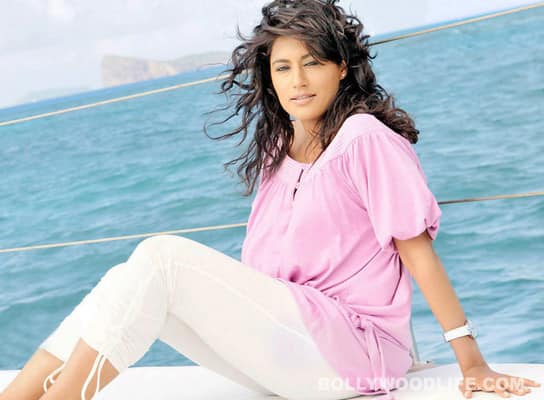 Actor Chitrangada Singh, so far seen in offbeat roles, is excited about her first commercial film Desi Boyz. She plays a professor with dollops of oomph, and says she feels as though she is making her debut. Talking about the kind of work she has so far done, Chitrangda said: "Kaam ata tha, but ek jaisa kaam ata tha (Work came to me, but always the same kind of work)...People couldn't imagine me doing a commercial movie." Also Read - Bell Bottom: Here's how Lara Dutta transformed into former PM Indira Gandhi – watch BTS video

The dusky beauty was in conversation with trade analyst Komal Nahta on his show on ETC Bollywood Business. She was also in the capital Thursday, along with co-stars Akshay Kumar, John Abraham and Deepika Padukone, to share insights on the film with her fans. "Desi Boyz is kind of a debut for me, as I have been part of different kind of films so far. I was getting a bit bored of doing the same kind of cinema so I thought I should do something different. I had a great time working in my first commercial film," she said. Also Read - Akshay Kumar-Kriti Sanon starrer Bachchan Pandey's trailer to be out on THIS special date?

Chitrangda made her Bollywood debut in 2003 with Hazaaron Khwaishein Aisi, and was subsequently seen in films like Sorry Bhai! and Yeh Saali Zindagi among others. In Desi Boyz, Chitrangda plays Akshay's love interest. Sharing her experience of working with the action star, she said: "Akshay is fantastic. He's very encouraging, warm and very humble. He helped me out with tips during a dance sequence."

The actor refuted reports of constant catfights with Deepika during the film's shoot. "All is well between Deepika and me and there were no tiffs. We have just one scene together and we spoke on the day we shot it, and that too was shot a few days ago. As a matter of fact, we both have encountered each other more now during the movie's promotion," she said. While Desi Boyz will release November 25, Nahta's tête-à-tête with Chitrangda will be aired tonight.