Chiyaan Vikram and Samantha's single Vroom Vroom from 10 Endrathukulla to be out on September 17! 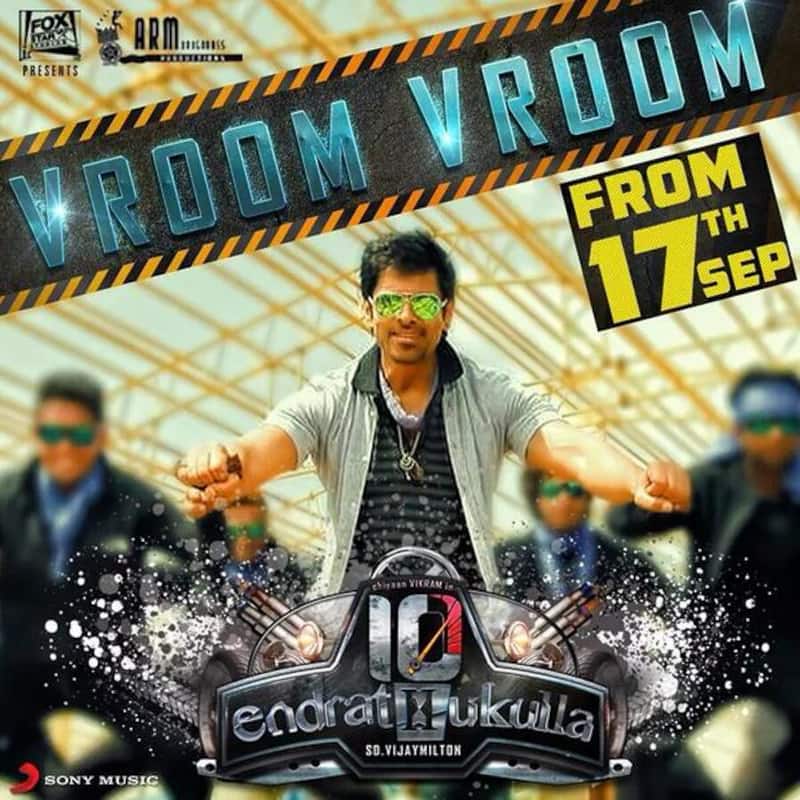 While the single is coming out this Ganesh Chaturthi, the film is expected to release on October 21

After dazzling the masses with Shankar's I, Vikram is gearing up for his second release of the year. Directed by Vijay Milton, 10 Endrathukulla starring Vikram and Samantha in lead, will hit the screens on October 21. Also Read - Ponniyin Selvan box office collection day 2: Vikram, Aishwarya Rai Bachchan film holds way better than Beast, Valimai; flies past Rs 100 crore worldwide

Touted to be fast paced road movie, the film is said to be along the lines of Jason Statham's Transporter. It is all being said that both Vikram and Samantha are playing double roles in the film. On the occasion of Ganesh Chaturthi, the first single will be released from the film on September 17. Titled as Vroom Vroom , the song is expected to be a fast paced number. Also Read - Ponniyin Selvan box office collection day 1: Vikram, Aishwarya Rai Bachchan, Trisha film takes third best opening of 2022 for Tamil movies after Beast and Valimai

The makers have released a new poster which showcases a still from the song in which Vikram sporting neon shades, pretends to ride a bike. The film has been extensively shot in North India and Nepal, and stars veteran actors like Jackie Shroff and Pasupathi. So mark your calendars, as Vikram is coming your way with Vroom Vroom on September 17. Also Read - Ponniyin Selvan: Trisha reveals how she and Aishwarya Rai Bachchan became besties on sets [Exclusive video]