CID video: Why was Inspector Daya at Imran Khan and Sonakshi Sinha’s residence? 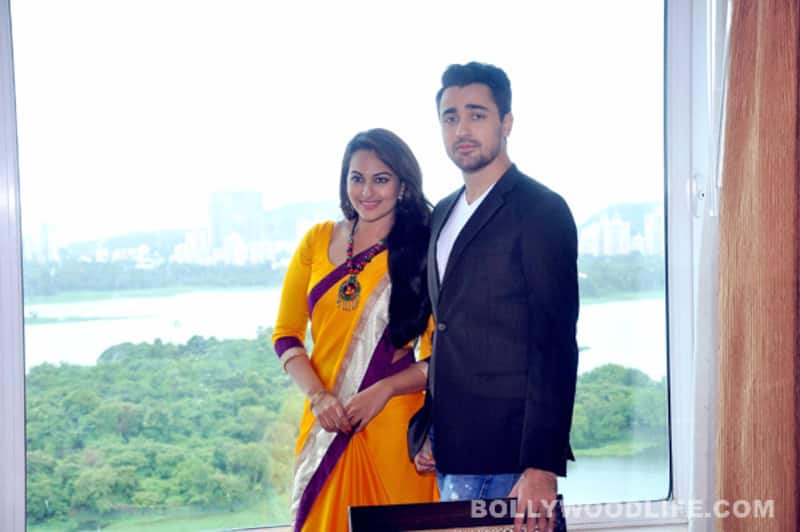 Imran Khan and Sonakshi Sinha are going all out to promote their movie, Once Upon a Time in Mumbai Dobaara. Ekta Kapoor hasn’t spared a single show where the duo hasn’t gone. She has been promoting her upcoming film in reality shows, daily soaps and stand up comedy shows. Also Read - Trending Entertainment News Today: Shehnaaz Gill breaks silence on sudden exit from Salman Khan's film; Taapsee Pannu's scuffle with paparazzi and more

The latest in the list is Sony TV’s 15 year running CID. Imran and Sonakshi will be portraying a couple who’ve witnessed a murder. The duo was seen doing scene with Inspector Daya. Sonakshi was earlier on the crime show to promote her movie Rowdy Rathore with Akshay Kumar. This was however a new ground for Imran Khan. The actor says that the experience was definitely enthralling as TV is very new for him. Also Read - Shah Rukh Khan, Kareena Kapoor Khan, Aamir Khan and more Bollywood actors who have weird clauses in their contracts

The video showcases, Sonakshi and Imran exacting a scene where they are giving an account of the crime to Daya. Also Read - Taapsee Pannu requests netizens to boycott her film Dobaaraa: 'I want to be in the same league as Aamir Khan and Akshay Kumar'