Comedy Nights With Kapil has been under a cloud of mystery as to who will keep the laughter game on since Kapil Sharma has taken a break from it due to his ill-health. The makers were trying to think of ways to keep it running and their search stopped at Arshad Warsi. He hosted the recent episode of Comedy Nights with the Drishyam team including Ajay Devgn, Shriya Saran and Tabu. Here are some of the fun pictures from the sets. Also Read - Before Bell Bottom blows us away with deshbhakti, let's revisit these 10 ICONIC dialogues from CLASSIC Bollywood patriotic movies

Arshad looks pretty amused at the company. We hear he shared a lot of Golmaal moments on the show with Ajay Devgn for company while Tabu smiles away. Also Read - Aamir Khan as Mangal Pandey Or Kunal Kapoor as Ashfaqulla Khan, B-Town Stars Played Roles of Freedom Fighters: Independence Day Special 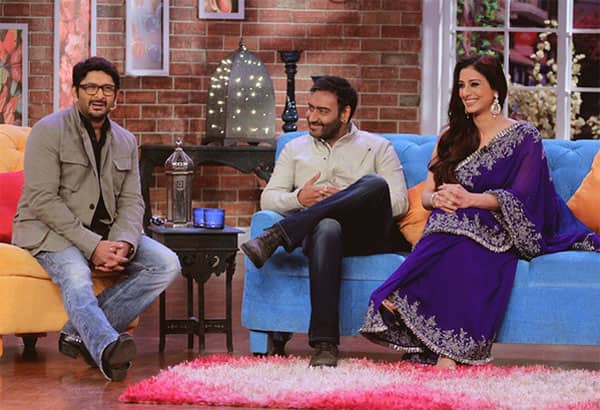 Ajay Devgn in a pensive mood…don’t we just love that intensity? 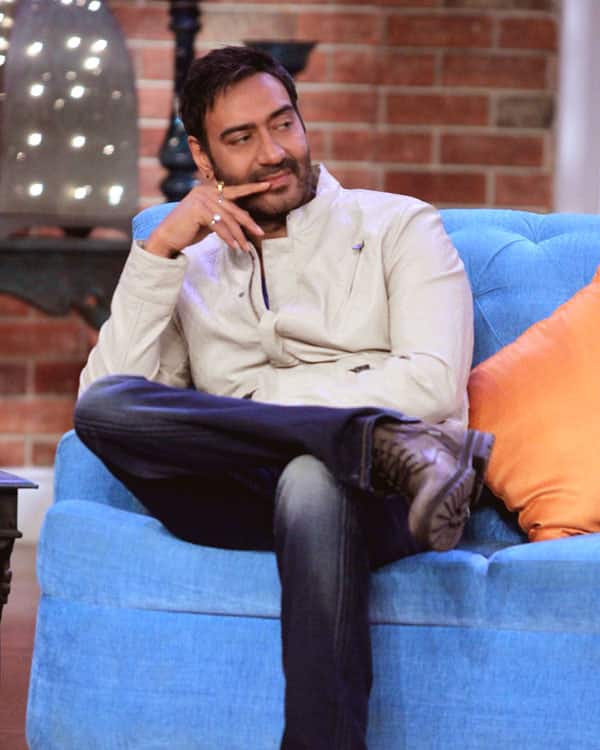 At times Palak does get to your nerves. But what did Palak say to Shriya Saran that the actress was forced to raise her hand? Guess we will have to catch the episode for that! 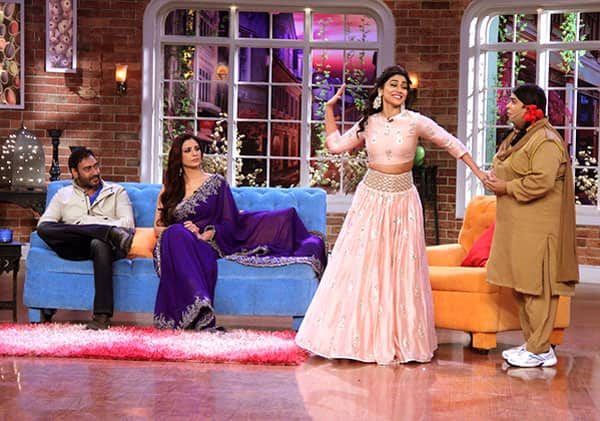 Ajay and Tabu get their smiles back on with Kapil’s father-in-law getting into the gag mode. Well these pictures do look interesting but it is difficult to imagine Comedy Nights With Kapil without Kapil Sharma!