It is happy tidings in the Saudagar home as Alsaba has delivered her second baby, a girl child

Comedian Mubeen Saudagar and wife Alsaba are parents second time round. The couple have been blessed with their second child, a daughter. Their first child, a daughter was born in 2017. Her name is Samira Fatima. The news was revealed by Bharti Singh on her Instagram stories. She put a pic of the little one and tagged it as Papa. Congratulations have come flooding in for the comedian and his wife. Mubeen Saudagar is known for his work in Comedy Circus and Comedy Nights Bachao. The comedian has been wedded to Alsaba for four years now. He had hosted a baby shower the first time round but this news is a surprise for one and all. Also Read - Mubeen Saudagar names his little angel Samira Fatima - view pic 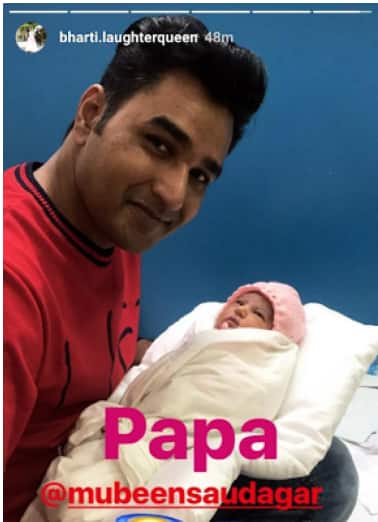 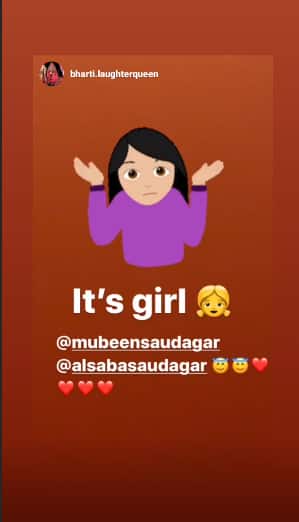 After the birth of his first child, he said in an interview, "Daughter is born from the operation. We are seven brothers and sisters, all got normal. Well, the child and her mother is healthy, it is very much for me. It is a matter of great happiness. They will be discharged from the hospital soon. The daughter's name is Samira Fatima, we the husband and wife have given the name and my mother has given the name Fatima. People today also have big plans in their own life." Also Read - Comedy Circus Ke Ajoobe: Shweta Tiwari replaces Sargun Mehta

The comedian/actor also spoke about how life changed after parenthood. He said, "Yes, the responsibility of the children in life increases, our marriage has been for two and a half years, we had kept thinking that the child will not be late. The baby has just arrived the world and we will do FD anything else, we have done a lot of planning. Just took a plot in Nagpur, took it for the child only. However, she did not have any document, so my name is on, but that is only for the girl. To bring children to the world is as important as it is to give them education and secure their life."