Cop who was body shamed by Shobhaa De hits back asking "will she pay for my treatment?"

Shobhaa De is known for posting her opinions on social media platforms, no matter how insensitive they are. Recently in an attempt to mock the Mumbai police during the BMC elections, she posted a picture of an overweight policeman and called it "heavy bandobast". Mumbai Police reprimanded her with one strong tweet, and now the cop in the picture has himself talked about the entire incident. Daulatram Jogawat is a 58-year-old police inspector stationed in Neemuch, and he is "hurt" by Shobhaa's tweet. After the response from Mumbai Police went viral, Shobha said she meant no offence, and added "M.P. Police, Consult a dietitian, if it's an asli, undoctored image doing the round."

"I am hurt with Shobhaa De's tweet poking fun at me. I have put on weight due to hormonal disorder following my gall bladder operation in 1993," Daulatram told Deccan Chronicle. While talking to TOI, he said, "I became fat when my gallbladder was removed as it was infected because of stones. She posted my picture on her account but will she pay for my treatment." Well, we hope the news has reached Shobhaa De, and she realises her mistake.

Daulatram is planning to take the matter to court. "I am planning to consult my lawyer and will think about sending a notice to De. It hurts when I see my photo on social media or when people tell me about it. India is a democratic country and people have freedom to express their views, but it shouldn't hurt or shame someone." he told TOI. Also Read: Mumbai Police’s savage response to Shobhaa De’s attempt at trolling will make you say Jai Maharashtra 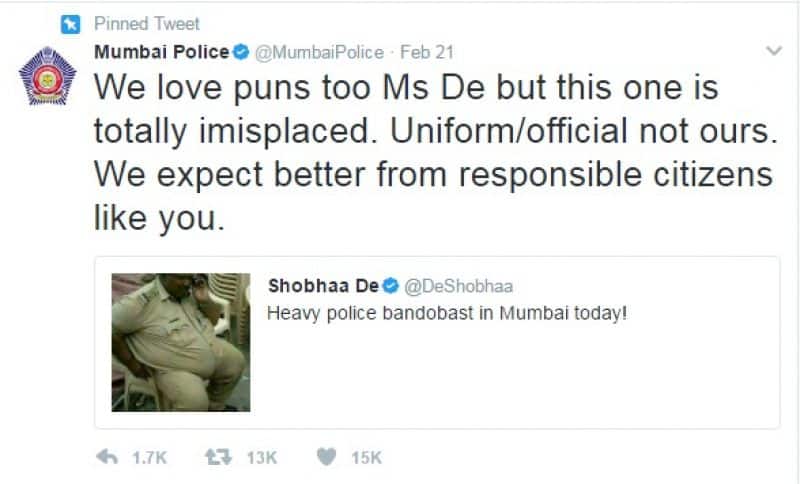 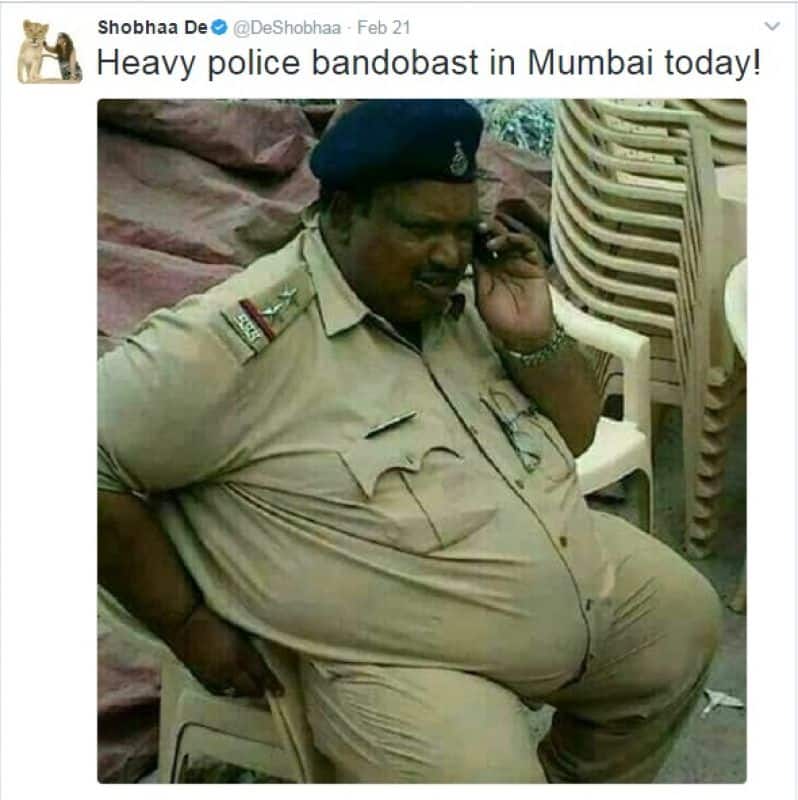 The picture that in question has been going viral time and again for the past three years. This time it was courtesy Shobhaa De. Daulatram's picture is very old and was taken when he was a sub-inspector on an outstation duty.