Dabangg 3: Sonakshi Sinha shares an on-set BTS picture of Salman Khan aka Chulbul Pandey and it raises our excitement for the film

Dabangg 3 also stars Saiee Manjrekar and Kichcha Sudeepa in key roles and is directed by Wanted and Rowdy Rathore helmer Prabhudheva. It is set to hit the screens on December 20

Salman Khan and Sonakshi Sinha starrer Dabangg 3 is in its final stage of completion and our Rajjo shared some interesting videos from the location of the film. While earlier she thought, she wrapped up her part but later she realized that it was not her last day of the shoot and that was the reason director Prabhudheva was not crying. The actress also shared the BTS picture of Salman Khan where see him in the attire of Chulbul Pandey and by looking at the picture, we must say that our excitement for the film has gone to the next level. Also Read - Trending Hollywood news today: Britney Spears posts topless video, Chrissy Teigen shows scars post breast implants removal, BTS' RM confesses he was jealous of Suga and more 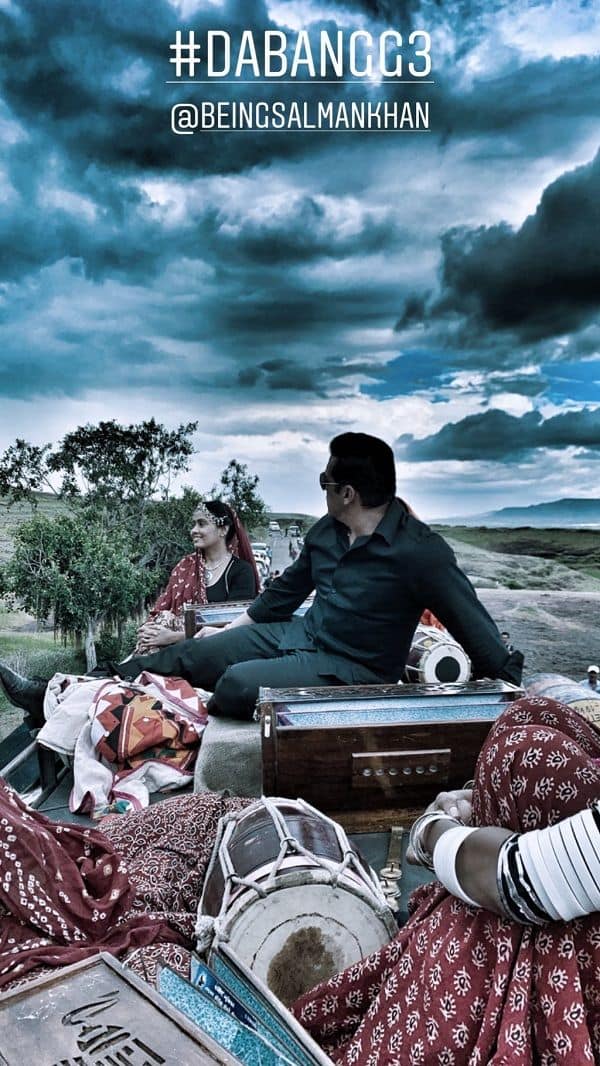 Also Read - BTS: Ever wondered how Jimin, V, Jungkook, and others look as females? The ARMY edited gender swap is a treat! – view pics

In first 2 installments of the "Dabangg" series, Malaika Arora and Kareena Kapoor Khan appeared in special songs which became chartbusters ahead of the movie's release. Asked what the audience can expect from "Dabangg 3", Sonakshi said: "I think it will be very fun because there is an element in ‘Dabangg' series where artistes come and they do a song for the film. This time there will not be Munni in the song and there will be Munna in the song, so it will be a lot more fun." Also Read - BTS: Did you know V aka Kim Taehyung took inspiration from Johnny Depp and Billy Jeol for Butter?

As per Navbharat Times report, a source close to the film said, "Like every time, this time too Salman Khan has come up with a unique dance step for the song. You have seen him do a step with his belt in the Dabangg title track, and you might also remember his towel dance. This time too, he has used his belt in such a way that people will love it and the step will be an instant hit. You can see Salman's hard work in this song. He has done many difficult steps in the song which are not easy even for the actors of today's generation. In the song, Prabhudheva's part will be a special element alongside Salman and Warina. Audience will witness a never-seen-before side of Warina. She is all set to shock everyone with the killer moves that she is performing in this song."

Also starring Saiee Manjrekar and Kichcha Sudeepa in key roles, the film is set to hit the screens on December 20. So, are you excited for the film? Tweet to us @bollywood_life.