Actor Daniel Craig, who has played secret agent James Bond in four films, will sell his personal Aston Martin numbered 007, at a Christie's auction in April. "The bespoke, midnight-blue 2014 Centenary Edition Vanquish - numbered 007 - will be offered on 20 April in New York. Sale proceeds will benefit The Opportunity Network, which helps young people with career development," the auction house said in a statement, reported Efe. Also Read - Priyanka Chopra ready to play the first female BOND, but with CONDITIONS APPLY!

The automobile, worth an estimated $400,000 to $600,000, is being sold under Christie's The Exceptional Sale, described by the auction house as "a highly selective, tightly curated auction of decorative arts masterpieces and significant cultural icons". "This Aston Martin Vanquish is a tour de force of automobile engineering and a distinct pleasure to drive," Craig said. (ALSO READ: Daniel Craig FINALLY signs a James Bond movie but will it be directed by Christopher Nolan?) Also Read - Here's why 007 aka Daniel Craig and Ranbir Kapoor's paths will cross!

"While I will miss it, I am keen to further the very important work of The Opportunity Network with its sale," he added. Craig, 49, worked with Aston Martin's design chief to customise his personal vehicle. The actor had made his debut as Agent 007 in "Casino Royale" (2006) and also played the character created by Ian Fleming in "Quantum of Solace" (2008), "Skyfall" (2012) and "Spectre" (2015). (ALSO READ: Daniel Craig will return to play 007 in the 25th Bond movie but for the last time) Also Read - Whoa! Amitabh Bachchan to appear as James Bond! 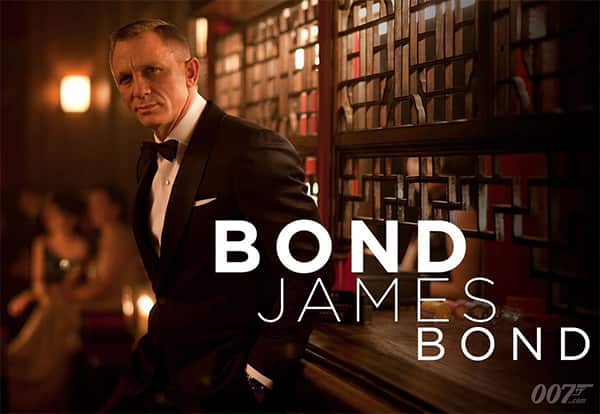 Last August, Craig ended months of speculation over who would star in the next film in the James Bond series, confirming he would return as Agent 007 in the next, yet-untitled instalment.