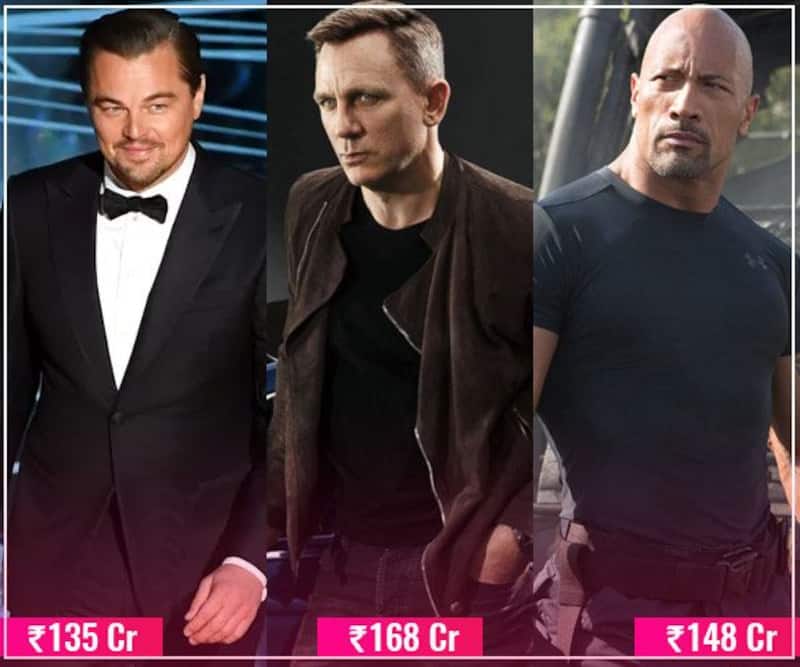 Just like Khans, Kapoors and Kumars in Bollywood, there are big names in the West who charge a bomb to feature in a film. As per a report by Variety, the salaries of a few Hollywood stars like Leonardo DiCaprio, Dwayne Johnson and Vin Diesel have now been revealed and their acting fees will definitely raise your eyebrows. Talking about the male stars - Daniel Craig has grabbed the top spot on the list. The actor has got $ 25 million (Rs 168 crore) for his upcoming Bond film, titled Bond 25. Also Read - 10 important things you should know about how nude or s*x scenes are shot in films

The second position has been acquired by The Rock aka Dwayne Johnson, who cracked a deal of $ 22 million, with the production house for the action film Red Notice. The Jumanji star also charged $ 1 million extra for the promotion of the film. Actors Leonardo DiCaprio, Robert Downey Jr and Vin Diesel tie at the third position as they charge $ 20 million for their single project. Interestingly, Leonardo has halved his salary for Quentin Tarantino's upcoming film Once Upon a Time in Hollywood, while Robert Downey Jr had taken $ 10 million for a 15-minute appearance in Spiderman: Homecoming.

Well, by looking at salaries of Hollywood actresses, we hope Bollywood female stars will soon get their dues and good hikes in salaries too. Do you agree with us? Share your thoughts in the comments section below...