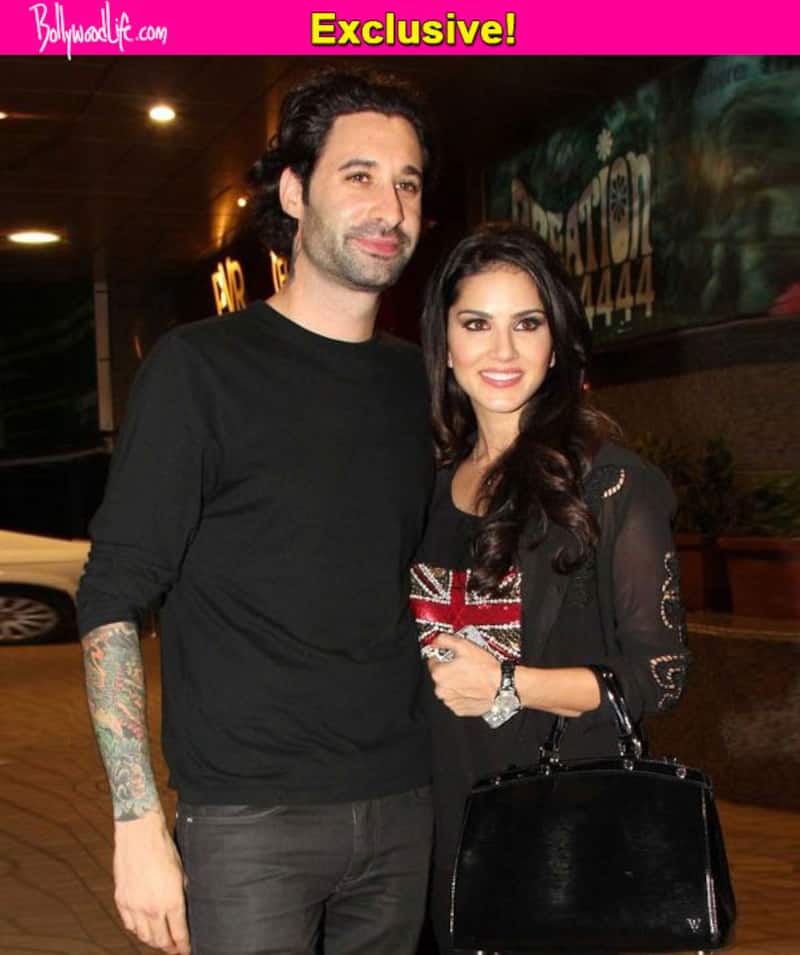 Sunny Leone is busy promoting her upcoming film Mastizaade which also stars Tusshar Kapoor and Vir Das. Sunny has been doing everything from visiting reality shows, radio stations and giving interviews to talk about her upcoming release. This morning, an interview of the actress with Bhupendra Chaubey went viral for all the wrong seasons. For, the actress was constantly reminded of her past and also asked uncomfortable questions which Sunny bravely answered. Also Read - Bigg Boss 16: Tejasswi Prakash to Hina Khan; a look at bikini babes who raised the mercury levels on Salman Khan's show

Thousands of people, including celebrities, are enraged over the misconduct of the interviewer who time and again tried to bring focus to Sunny’s past life and experiences during his interaction. Although the actress handled it well, her dear hubby is not only hurt but saddened to see how a mere interaction was blown out of proportion. In an EXCLUSIVE chat with us, Daniel Weber came out to extend support to his lovely wife. Daniel told us that he was the first one to know about this incident as Sunny called him right after the interview ended. Read on to find out what else Daniel has to say about the incident that Sunny faced bravely.... Also Read - From Kriti Sanon wanting to become lesbian for Deepika Padukone to Kareena Kapoor Khan crushing on Leonardo DiCaprio: 5 celebs and their secret desires

How and when did you come to know about this interview? Also Read - Before Anjali Arora and Akshara Singh, MMS scandals of THESE Bollywood and South Indian actresses shocked the nation

Sunny called me right after the interview. She told me that if I was next to her at that point of time, I would have grabbed her and taken her out of the interview. But I wasn’t sitting next to her and I don’t sit and monitor every interview she goes through. That’s not my job. But who is somebody to judge somebody else? There’s a saying that unless you are perfect or unless you are God, don’t judge.

What do you have to say about this whole incident?

The real issue at hand is basic etiquette. You are speaking to a human being; you are not speaking to a thing. Sunny has a notion like anybody else and to speak down to her is very uncalled for and unprofessional and especially as a journalist I have to be honest, if your job as a journalist is to be honest you have to report the truth and not come in opinionated. If you want to form an opinion after, form your opinion after but listen to the facts first. You are reporting to the whole world especially as big of a news outlet that is. I believe you have a justice to do and a moral obligation to report fairly and not come in with pre-conceived notions of how you want the interview to turn out. That is why people are commenting on it.

What do you have to say about the way Sunny has handled the whole issue?

My wife is a true champion. She is more than anybody will know; only I will know of course as we share something different. I have seen that girl fight through the craziest of comments and craziest of negativity faced towards her in her life and I think she has a heart of gold. I am amazed every day; I tell her all the time that she is blessed. Not me, I am a very different person. I got a chip on my shoulder, I get angry very easily. She is the sweetest and you know what at the end, good things happen to good people. It bothers me because she is a human being and it bothers her like any other human being and if I see that she is upset or sad, of course it bothers me. I mean how it could not?

“What was her response? Well then that is my response. Everyone in the world knows of our relationship, it’s not that we hide it or we are ashamed of it. We are proud of who we are. We are in love, we are publically in love, we are privately in love and we are what we are.

There is a lot of buzz that the interview is scripted, what do you have to say about it?

I think it’s trending because people feel that everyone has a voice today and people should speak up. They saw something and heard something that they felt was really unjust and they are speaking up. It’s not like she told people to speak. You don’t have to love her, you don’t have to hate her but you form you opinion after the interview. This is not a publicity thing, I mean who wants to be put in a position like she was put it. This actually completely caught us off-guard; we knew nothing about how this interview would happen. We don’t gain anything from this. Its only the awareness, people should act civil towards other human beings.