Darbar: The makers have roped in Suniel Shetty as the menacing villain opposite Rajinikanth. Prateik Babbar plays his son 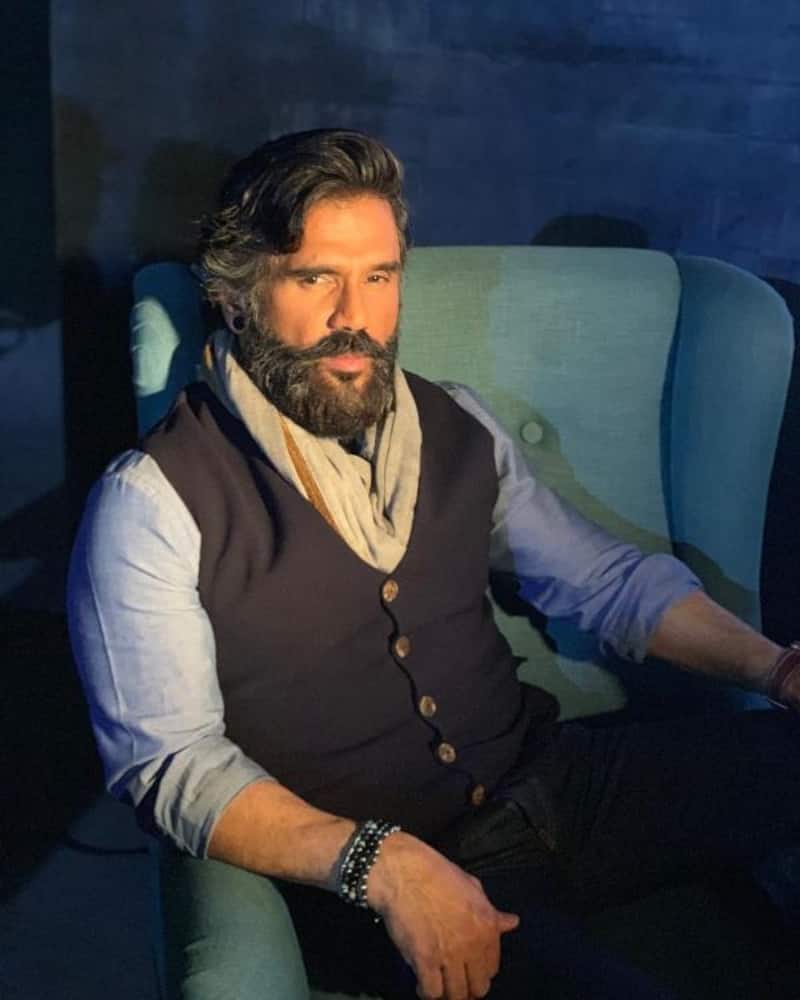 There is immense excitement around Rajinikanth's Darbar as it might be his last film before he plunges into politics. The shoot for the film began in mid-April in Mumbai. Filming was happening in and around Mumbai. Leading lady Nayanthara also joined him for the shoot. The shoot got wrapped up around May 14 where the superstar also filmed an intensive action sequence with Prateik Babbar. Now, the young actor plays Suniel Shetty's son in the film. As per a report in Mumbai Mirror, Suniel Shetty has been roped in as the main villain in the film. This will be the actor's first negative role 15 years after Main Hoon Na. He plays a rogue ex-para commando Raghavan Singh Dutta in the superhit masala film. A source told Mumbai Mirror, "Anna, a corporate giant, will take on Thalaiva’s IPS officer. He joins the team during the second schedule which starts in the next few days in Mumbai and will be there all through." Incidentally, his good friend and co-star of many films Akshay Kumar was also a baddie in Rajinikanth's 2.0.

The shoot of Darbar will wrap up by August. It seems Bollywood's Anna has been working out extra in the gym to build a menacing look. The source further told the paper, "The antagonist’s track has an emotional back-story also featuring Rajinikanth, which makes the revenge all the more exciting. There will be several confrontation scenes between the duo in the film which climaxes with a stylized, largerthan-life action scene." So far, the best-known cop role of Rajinikanth is from the film, Moondru Mugam, where he played the part of Alex Pandian. It seems Rajini will sport different avatars in the film but nothing has been leaked as well. The shoot is happening under tight security. It is noticeable how Suniel Shetty is bagging some plum parts in projects down South. Also Read - Suniel Shetty birthday special: Remarkable transformation of Dhadkan actor at 61 will leave your jaw dropped

Hey guys happy to showcase the first look of my first Kannada film #Pailwaan with the brilliant @kichchasudeepa directed by #SKrishna & an amazing crew! Thank you for making me feel at home ! Looking forward to working with you again! #newposter #film

The hunk just wrapped the shoot of Marakkar: The Lion of Arabian Sea that has Mohanlal in the lead. The film is directed by Priyadarshan. It is based on the Zamorin war with the Portuguese invaders. Suniel will be seen in his first Kannada film, Pailwaan that has Kichcha Sudeepa in the lead. The source said, "There is another big Telugu project which he has signed and discussions are on with couple of directors for his Hindi films as well." This is not all. There are chances are the third instalment of Hera Pheri might start by the end-year. He will reunite with Priyadarshan, Akshay Kumar and Paresh Rawal in the laugh riot. Stay tuned to BL for more scoops and updates! Also Read - Suniel Shetty birthday special: Net worth, luxe cars, holiday home and more - List of most expensive possessions owned by Hera Pheri star will leave you stumped